Hillary Clinton May Go To Prison Over ‘Top Secret’ Emails

The center does not hold for Hillary Clinton.[1] Here comes the political destruction I have predicted. If it were anyone else, they would already be in an orange jumpsuit. The FBI has seized her server and has taken that thumb drive from her attorney. At least two of the emails that have been uncovered were marked “Top Secret, Sensitive Compartmented Information.” There go the security clearances and the path to the White House. Cheryl Mills and Huma Abedin[2] are also turning on Hillary and not backing her legally. Hillary’s Marxist goose looks to be cooked. 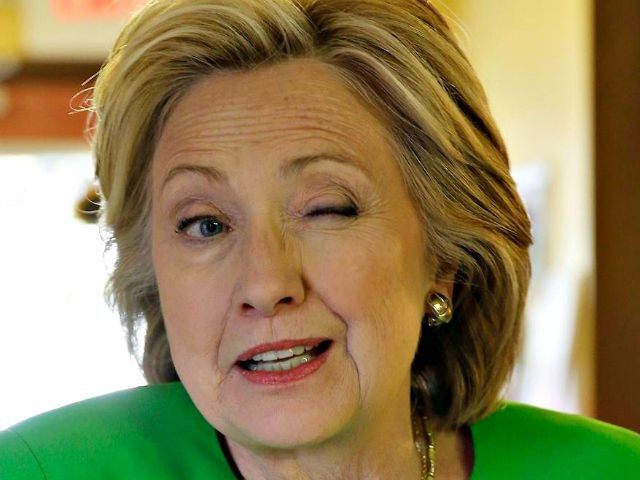 Hillary Clinton is going to prison–or would be, if she were an ordinary person. The FBI has reportedly taken possession of the emails on her home computer server, according to U.S. officials cited by the Associated Press[5].

An ordinary person–or even a well-known leader like General David Petraeus–would be prosecuted for moving classified information onto a private system. And that is just the beginning of her legal problems.

Clinton not only allegedly exchanged classified information via private e-mail, but also destroyed her emails before handing them over to the State Department before the government could determine for itself which were personal and which were job-related. That could constitute a felony[6], with a three-year prison sentence attached. And that is just the beginning of what is known.

It is worth noting, too, that much of the information emerging on Hillary Clinton first emerged from three sources: the Benghazi select committee, which the left attempted to dismiss; the independent Judicial Watch organization, which submitted key Freedom of Information Act (FOIA) requests; and the thorough research of Peter Schweizer, who documented Clinton’s alleged conflicts of interests.

This time, the Clinton magic may not be able to save her.

Cheryl Mills threatened to destroy all her emails until a judge said, not so fast. It is thought that Clinton has already destroyed many, many emails. And why not? It took the FBI and DOJ so long to move on this, she had plenty of time to destroy evidence. So many felonies, so little time left for Clinton. We are fortunate to have pit bulls such as Judicial Watch, the Benghazi Select Committee and Peter Schweizer. They are Clinton’s nightmare come to life. Perhaps at long last, Hillary Clinton will at least pay for some of her crimes. That stubborn blood just won’t wash off her hands. It’s all coming undone in the Clinton camp and the rats are deserting ship. Not fast enough though and the fallout will be epic.