Several sources in the government are now saying that Hillary should face charges for breaking America’s laws by having her private, secret email server in her home for use during the time she was Secretary of State. Now two inspectors general have asked the Justice Department to open a criminal investigation into Hillary’s actions. 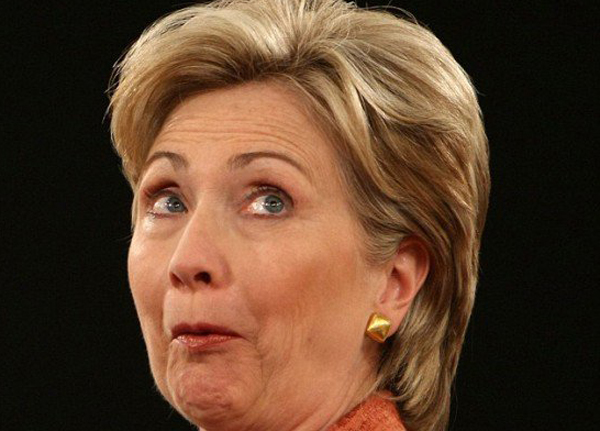 This should be a major, major problem for Hillary[1].

The request follows an assessment in a June 29 memo by the inspectors general for the State Department and the intelligence agencies that Mrs. Clinton’s private account contained “hundreds of potentially classified emails.” The memo was written to Patrick F. Kennedy, the under secretary of state for management.

It is not clear if any of the information in the emails was marked as classified by the State Department when Mrs. Clinton sent or received them.

But since her use of a private email account for official State Department business was revealed in March, she has repeatedly said that she had no classified information on the account.

… At issue are thousands of pages of State Department emails from Mrs. Clinton’s private account. Mrs. Clinton has said she used the account because it was more convenient, but it also shielded her correspondence from congressional and Freedom of Information Act requests.

She faced sharp criticism after her use of the account became public, and subsequently said she would ask the State Department to release her emails.

In the course of the email review, State Department officials determined that some information in the messages should be retroactively classified. In the 3,000 pages that were released, for example, portions of two dozen emails were redacted because they were upgraded to “classified status.” But none of those were marked as classified at the time Mrs. Clinton handled them.

Note that some of these emails that Hillary claimed were no big deal were RETROACTIVELY classified by the State Dept. as sensitive material once they saw what was in them. So, how can we take Hillary’s word on anything with these emails?

It is clear that Clinton broke the law by hiding her emails from public scrutiny. She did this specifically to hide what she was doing from the American people. This is the sort of criminal actions that you can expect from a President Hillary, folks.