Paula Jones is coming forward[1] yet again with more on her encounters with Bill Clinton. Evidently, once wasn’t enough for Billy Boy. She was propositioned twice more by the future president. Once directly and once indirectly through a state trooper who asked her to meet with Clinton when Hillary was out of town. Clinton is a sex addict and probably still is. Jones isn’t the first to say that Clinton kept approaching her after the first assault… he did the very same thing to Juanita Broaddrick after he raped her. Vile. 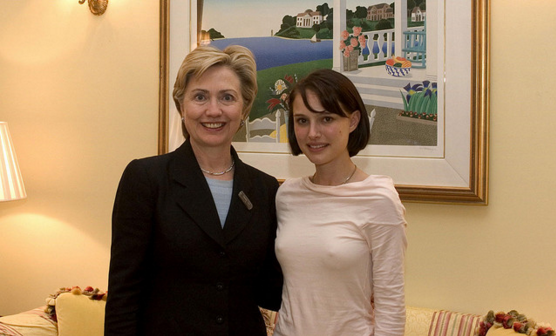 Paula Jones, the former Arkansas state employee who sued President Bill Clinton for sexual harassment, says that the former president and his surrogates repeatedly propositioned her after their infamous initial encounter.

The public largely thinks that Jones’ personal encounter with Clinton began and ended on May 8, 1991, when Clinton was Governor of Arkansas and Jones was a state employee. A frequent worker in the state’s capital building, Jones has said that she was singled out that day by Clinton, and was escorted to the politician’s room in the Excelsior Hotel in Little Rock, Arkansas. There the future president allegedly groped and exposed himself to her. She says she rejected his advances and bolted the room.

Speaking to Klein, Jones now recounts being propositioned two more times after that initial incident – once by Clinton himself, and a second time by a state trooper purportedly acting on Clinton’s behalf. The encounter with Clinton involved touching and “squeezing,” Jones stated. The encounter with the trooper, Jones revealed, included a request for meetings while Hillary was out of town.

“He’s got a problem. He really does,” Jones said in the Breitbart radio interview. “And I don’t know if he has taken care of it or if he’s gotten counseling for it or whatever, but he’s got a problem.” That may be the understatement of the century. He’s got a lot of problems, including Hillary. “It’s almost like he says, ‘I’m in power here, and I’m going to do everything I can to make this happen the way I want it to go.’ And to me that’s kind of like how it was. He’s going to keep trying and hoping, and keep trying to lure me into I guess doing what he wanted me to do with him.” What a disgusting, deplorable man married to an even worse shrew. It’s an embarrassment to America that we’ve had presidents such as Jimmy Carter, Bill Clinton and Barack Obama. I’m surprised the Republic is still standing and the White House needs deep, deep cleaning.