Hillary Too Big To Jail? Nonsense! They Have an Orange Pantsuit in Just Her Size

After all the lying… all the corruption…[1] surely there is one orange pantsuit that Hillary can squeeze her big ole butt into permanently. I am really tired of everyone giving up on nailing this beast without really fighting to get it done. She got four good men killed in Benghazi, lied to their loved ones and deleted emails that were evidence to that fact. She argued with Obama over choosing between two videos to blame Benghazi on, WHILE those four men were dying. The first one was with a Christian pastor who was speaking against the Quran and Islam. That was too politically sensitive at the time, so they went with the other one. Both were a lie and she knew it. That’s in her emails too. She told her daughter, Chelsea, that night it was a terror attack. She told the Egyptian prime minister it was a terror attack as well. Fog of war my foot… this woman is a sociopath and should never be allowed near the White House again. 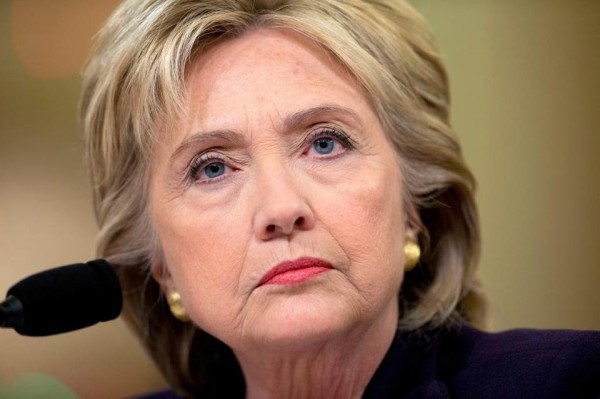 We already know she lied about the Benghazi video, and lied to the victims’ families.

We already know classified information was found in emails sent from her private server.

We already know she lied about saying no classified information was sent from her private email server – until she said it wasn’t marked classified at the time.

We already know the FBI is considering whether she violated Section 1924 of Title 18, which deals with the unauthorized removal and retention of classified documents or material, or even the Espionage Act.

But! None of that really matters, because the liberals have decided she will never be charged.

According to McClatchy DC[3], that’s the word from national security attorney Edward MacMahon Jr., “who represented former CIA employee Jeffrey Sterling in 2011 in a leak case that led to an espionage prosecution and 3½-year prison term. He cited a pattern of light punishments for top government officials who have mishandled classified information while lower level whistleblowers such as Sterling have faced harsh prosecutions for revealing sensitive information to expose waste, fraud or abuse in government.”

So there you go.

Major Jason Brezler sends an email[4] on his personal server to warn other Marines about Sarwar Jan, a child molester, who subsequently set up one of his “Tea Boys” named Aynoddin to gun down unarmed Marines in the FOB gym with Jan’s own AK-47. Three Marines were killed, and one survived. Brezler got kicked out of the Marines.

General David Petraeus admitted to having an affair with his biographer. She had classified material on her server, but Petraeus was never identified as the provider of that material. Nonetheless, he resigned as Director of the CIA, his reputation and career in tatters.

Hillary Clinton’s emails are just one in a string of scandals[5] that have plagued her over the years.

But she will most likely go on to be the Democrat nominee for president.

Because she’s “too big to jail.”

Nonsense. She finds all kinds of pantsuits that fit. I’m sure there’s an orange one-piece she can squeeze into.

Evidently everyone could reach Hillary except Ambassador Stevens, who was being sodomized and murdered in Libya. I mean, actor Ben Affleck and pop star Lady Gaga were in her email address list, but strangely, Stevens wasn’t[6]. The 7,000 emails dumped Friday show that those who did have her ear included the very people she’s now asking to help her in her bid to win the presidency — powerful CEOs and political advisers, big-name entertainers and political cronies. All bellying up to the corrupt Clinton bar covered in blood. Nothing sticks to Hillary, while people who have committed much lesser crimes or none at all are destroyed. There is literally a mountain of evidence against the hag and not only has she not been raided, she’s allowed to lie before Congress, walk free and run for president. It boggles the mind. Face it, Stevens was expendable to Clinton and so were the others that died that horrible night. She’s not too big to jail… she’s just right.