This was the goal all along by Obama and the Democrats…[1] to open our borders and let in millions of illegal aliens who could be used to sway the elections from here on in and guarantee that the Marxists would stay in control. The Republicans wanted cheap, slave labor and got their wish as well. Hispanic activists are now vowing to sign up 1 million immigrants for citizenship and then turn around and register them to vote in the 2016 presidential race. They intend to punish Donald Trump for his vow to build a wall and stop the invasion over our borders. They also want to slap the GOP for daring to let a real conservative come anywhere near the presidency. Who didn’t see this coming? 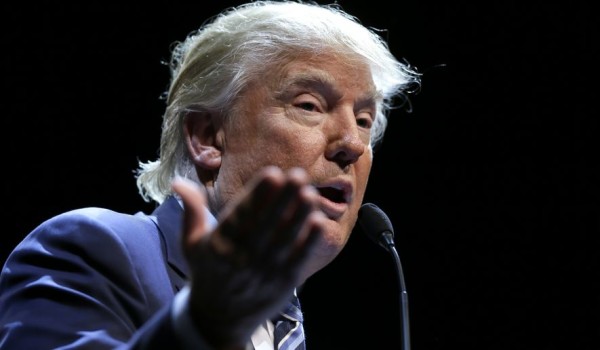 Immigrant rights activists have vowed to sign up 1 million immigrants — mostly Mexicans — for citizenship and then quickly register them to vote in time to punish Donald Trump and his fellow Republicans at the polls in November for their harsh rhetoric.

The advocates say the new voters could make a difference in the presidential race, where most of the Republican field has tacked to the right in word and policy, and in key Senate races in Illinois and Florida, where Republicans will be reaching to hang on to critical seats.

With nearly 9 million legal immigrants already eligible to become citizens, the 1 million goal is not far-fetched. The activists say they are counting on energizing another 2 million Hispanic citizens who have turned 18 since 2012 and who they believe will turn out to vote to defend fellow Dreamers, or young illegal immigrants, against Republican calls for their deportation.

Donald Trump could very well win in a landslide, so all this bluster and the threats of vengeance may be a moot effort on the radicals’ part. Millions are lining up in support of Trump, including the New England Police Union. People from all walks of life and all political persuasions are also throwing their support behind The Donald. That includes Hispanics by the way. The effort to rally the immigrant vote is funded in part by the Open Society Foundation, the project of liberal billionaire George Soros. Gee, I’m shocked… shocked I tell you. An estimated 8.8 million immigrants have been in the U.S. for at least five years as legal permanent residents, making them eligible to apply for citizenship, according to a study by the Center for American Progress. They are heavily Hispanic and 30 percent of them are Mexican. Rep. Luis V. Gutierrez, an Illinois Democrat and top Hispanic leader, as well as renowned communist, is stoking hatred in the Latino community in the hopes of electing another Marxist. I think America has had her fill of this Marxist crap and Gutierrez and his radical buds are in for a big surprise come election day. Make sure you vote this time.