Our new Secretary of Homeland Security, Jeh Johnson, is now admitting that the onslaught of unaccompanied illegal immigrant children are still flooding across the border even though the media has stopped talking about it. 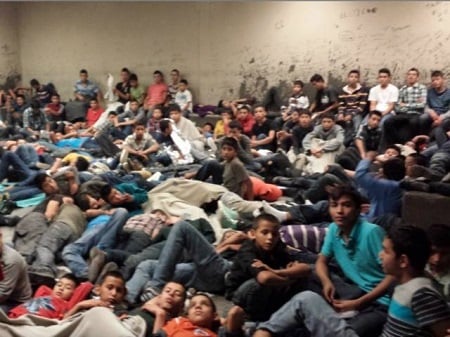 Everyone remembers last year that the whole country was shocked by the tens of thousands of children streaming across our border expecting Obama to give them free food, money, and an education and then to allow their parents to come here to “care” for their own children.

But after a few months the media stopped talking about the situation. It isn’t because the flood of illegals stopped, though. Obama has thrown the doors wide open and they continue to come. Secretary Johnson fully admitted[1] that nothing much has changed.

“For the kids, unaccompanied kids, it’s running about 40 percent lower,” Johnson said. “I hope it stays that way, but we have to be prepared in the event it doesn’t.”

Rep. Henry Cuellar, D-Texas, said that while he’s happy that the percentages are down, there are “still a lot” of UACs coming across.

All this is still happening because Obama is giving these law breakers billions of tax dollars for free. And YOU, Mr. and Mrs. America, are paying the bills.