Today the House of Reps got into an argument over an amendment to a spending bill for the Department of the Interior that would reverse a ban on Confederate flags at federal-run parks–yes, that even means cemeteries and civil war battlefields. But as congressmen began to find out the amendment was in the bill, House leadership ended up pulling the bill. 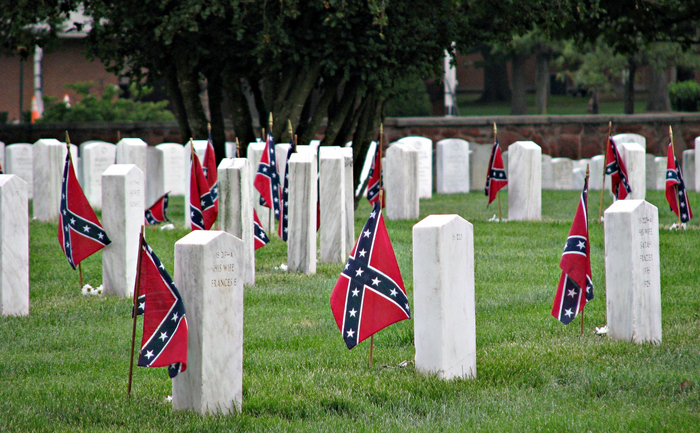 Last week an amendment to the bill that would allow the Park Service to ban the Confederate flag was passed, but as voting neared on the spending bill some Republicans realized that the ban was in the bill and added an amendment that would reverse the ban.

But today the bill was pulled[1] because GOP House leaders feel that neither amendment had gotten enough debate.

How does it make any sense at all to ban the Confederate flag at our national civil war battlefield parks and at cemeteries where Confederate solders are buried?