A black writer for Huffington Post Canada who calls herself a “journalist” is calling for segregation and a new rule of Jim Crow, but in reverse. She says that blacks and other minorities should be allowed to exclude white people from the things they do–but that whites can’t have racism perpetrated against them so they shouldn’t be allowed to be just as exclusive. 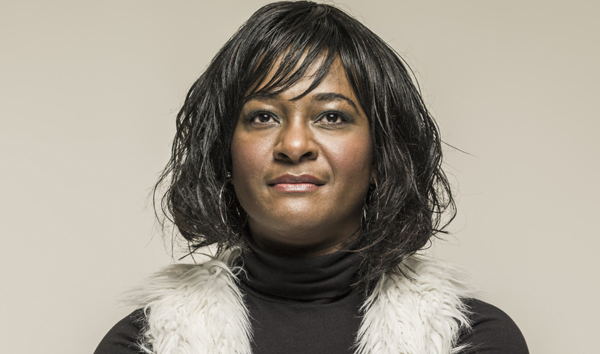 Aeman Ansari, a fourth-year journalism student at Ryerson University, reported on an incident at her school where two white students were refused entry into a meeting because they were white. Ansari noted that she thought it was right and good that white people should be discriminated against because they are white.

Essentially, Ansari is endorsing a new Jim Crow regime[1] where blacks are allowed to create segregated events but whites aren’t.

I am a person of colour and a journalist and so there are two conflicting voices inside my head. But in this case one voice, that of a person of colour, is louder and my conscience does not allow me to be impartial. I have to take a side.

The organizers of the event, the Racialized Students’ Collective, should have done a better job of labelling this event as a safe space on the Ryerson Students’ Union online calendar. They should label safe spaces clearly and maybe even host events that educate the public on what they mean. Doing so will help the public and the media have a better understanding of the purpose and value of these spaces.

However, the point to note is not that two white students were asked to leave the event, but rather that this was a safe space and that we as a newsroom, as a campus and as a society are not as knowledgeable as we should be about what these spaces mean.

It’s not just important, but it’s essential, for marginalized groups to have safe spaces on campus to engage with people who understand what they go through. Though this group is funded by Ryerson’s student union, it works to serve a particular group and a particular purpose. Many students at Ryerson have encountered racism in their life that is impossible to forget and many are exposed to discrimination on a daily basis. This group and these sort of events allow people of colour to lay bare their experiences and to collectively combat this societal ailment. These spaces are rare places in the world not controlled by individuals who have power, who have privilege.

White people may experience occasional and unacceptable prejudice, but not racism.

What this leftist fool seems mentally incapable of understanding is that “occasional and unacceptable prejudice” based on skin color IS THE VERY DEFINITION OF RACISM!

This woman is selling racism. Pure and simple. This Ansari is a racist.