Obama’s highly politicized Attorney General Eric Holder lost a fight against legal gun owners this week when a federal judge determined that the federal government’s interstate gun sale ban was unconstitutional and struck down the law Holder was defending. 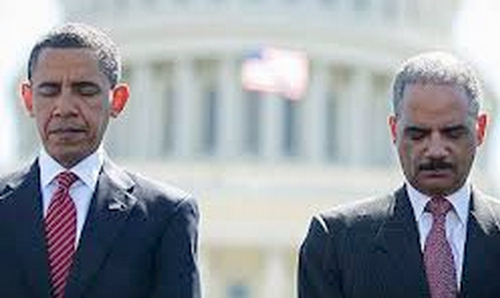 As A.W.R. Hawkins explained[1] the ban was instituted as part of the 1968 gun control act and bans residents from buying a gun from a gun dealer in another state.

The case[2] was part of a lawsuit titled Fredric Russell Mance, Jr. et al. v. Eric H. Holder, Jr. and B. Todd Jones, and was aimed at putting an end to the ban.

Federal Reed Judge O’Connor ruled that the ban violated “the Second Amendment and the Fifth Amendment’s Due Process Clause.” The provisions of the ban are therefore unconstitutional and the “[d]efendants are enjoined from enforcing [them].”

The lawsuit was backed by Citizens’ Committee for the Right to Keep and Bear Arms, a Bellevue, WA-based civil rights group led by Alan Gottlieb. CCRKBA was also a plaintiff in the case, which will likely be appealed by the government to the Fifth Circuit Court of Appeals.