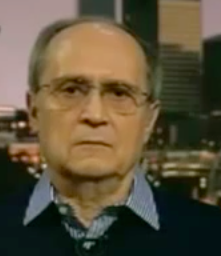 I confess your honor! : Team Obama finally said ‘uncle’ and admitted that they knew the facts surrounding Joe Soptic’s disgraceful political pimping of his dead wife for political gain. : After the revelation that Soptic had a conference call with Deputy Campaign Manager and liar Stephanie Cutter, the mounting pressure on the Obama campaign to just spill it became overwhelming and it forced their hand. Now, we know that they’re even more despicable than we originally thought. : The truth shall set you free! : Politico posted today that[2]:

‘No one is denying he was in one of our campaign ads. He was on a conference call telling his story,’ Psaki told reporters on Air Force One.

Missouri steelworker Joe Soptic starred in an Obama campaign ad: and participated in a conference call with the campaign in May,: as POLITICO reported Wednesday[3]. He resurfaced this week in a Priorities USA Action super PAC ad, charging that his wife died of cancer afterMitt Romney[4]‘s former private equity firm laid him off.

Distancing themselves from the controversial ad, Obama campaign staffers initially denied knowledge of Soptic’s story – despite the fact that he was in an Obama campaign ad.

Adviser Robert Gibbs said didn’t know “specifics,” while deputy campaign manager Stephanie Cutter said on CNN: “I don’t know the facts about when Mr. Soptic’s wife got sick or the facts about his health insurance.”

And yesterday on Air Force One, Psaki said,’we don’t have any knowledge of the story of the family.’

So the team Obama knew his story. : Then, they must have known that Bain offered Mr. Soptic a buyout from his job. : So, Bain did try to help out Soptic, but he was just too stupid to take them up on their offer.

Courtesy of The Lid[5], we have a nice little timeline of Team Obama’s campaign of deceit concerning their relationship with Mr. Soptic.

I take this as an indication that Obama and his team of politicos have got NOTHING on Mitt Romney. : He’s squeaky clean. : He’s a patriot, successful businessman, and believer in the American spirit that drove this nation to greatness. : Barack Obama ate a dog, was a do-nothing State Senator, and a member of the socialist New Party[10]. : No wonder the Obama campaign has to be slanderous in their messaging. They have a loser for a leader.