Comedian Gavin McInnes has gotten himself in a bit of hot water with the tight undies crowd who are braying for Children and Family Services to take the man’s children away for his hilarious roughhousing video titled “How to Fight a Baby.”

In the funny video McInnis, the co-founder of Vice magazine, shows how to “kick a baby’s ass” and begins his video telling views that “fighting a baby” is “easy,” but goes on to say that he knows that many out there are scared and don’t know what to do. 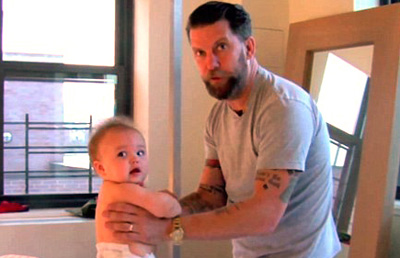 Gavin McInnes prepares to show us how to “fight a baby” with his little son as guinea pig. 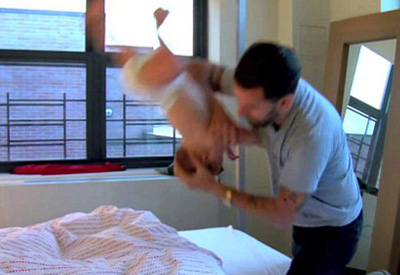 McInnes then proceeds to throw his several months old son around a bed as if emulating wrestling moves. Performing a “power slam,” a “sleeper hold,” and ending up with the baby hitting back in a hilarious and precious example of father-son roughhousing. 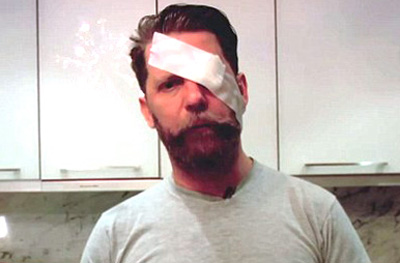 At the ed of the video McInnes pretends that his baby boy scratched his eye and he ends the video with a huge bandage on his face.

Throughout the video his son is laughing and playing along with daddy. 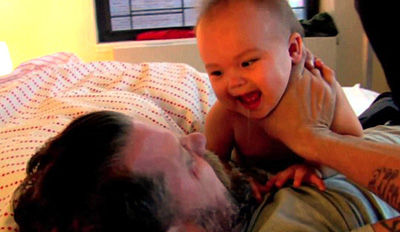 The boys roll on the bed

While most commenters at his Youtube page[1] think the video is funny (and it is) there are many who are acting in typical liberal outrage saying that McInnes is being “violent” with the baby and putting the child at risk.

One commenter, for instance, says, “this is disgusting. Someone please report this and take it off of Youtube.”

And others say his children, who live in Canada with their father, should be taken by the government.

Sorry, folks, but if you think this great dad is being too rough with his son, then it’s you that have the problem, not the baby. This is exactly what a father should be doing with his son. It promotes closeness between the pair, it helps the boy learn to interact with dad, and it’s just the way men act, dang it.

It’s good to see a dad being a typical dad, now-a-days, isn’t it? Let’s not let the idiots of political correctness remove all aspects of being male, shall we?

But what do you think? Is McInnes too rough? Or was he just being a good daddy?