If a Republican said something as racist as Hillary just did, it would end their career [Video]

When I heard this[1], my jaw just dropped on the floor. I kept thinking… surely she didn’t say that or mean that. But, she did. Hillary… your racism is showing m’dear. When Clinton’s answers to the Black Lives Matter activists didn’t satisfy them, she snapped: “Respectfully, if that is your position, then I will talk only to white people about how we are going to deal with the very real problems.” I have no patience for the #BlackLivesMatter racists, but tell me how Clinton’s retort is not also racist? And then the radical from Black Lives Matter starts mouthing off again and Hillary comes back and says, “No, no, I don’t believe you change minds and hearts. You have to effect this kind of change with new law.” That’s pretty much Hillary’s policy in a nutshell. You don’t change hearts and minds, you change the law and enforce it with jackbooted thugs. If a Republican said anything close to this, their career would be over. 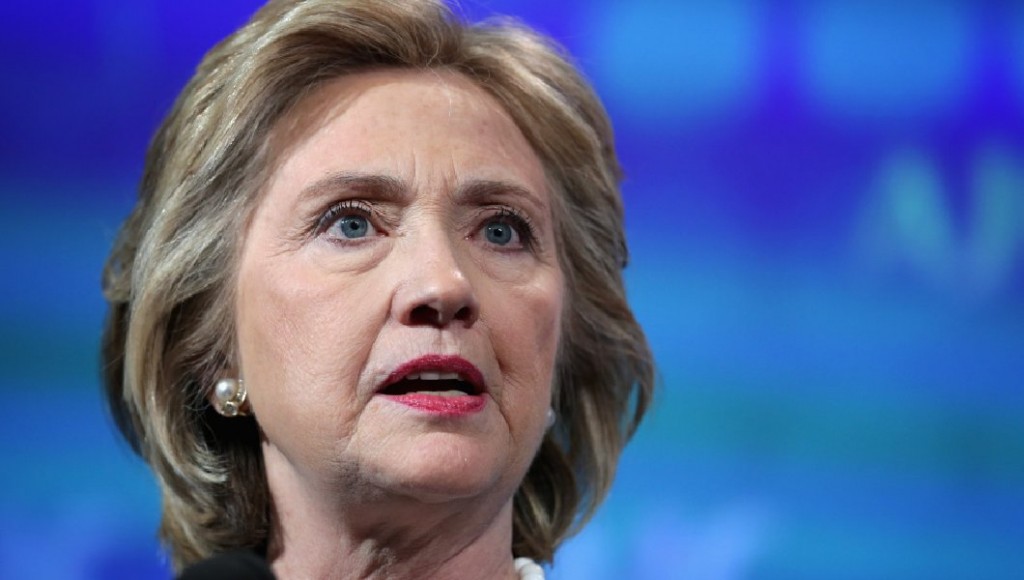 “Respectfully, if that is your position, then I will talk only to white people about how we are going to deal with the very real problems,” Clinton said. (Getty Images file)

Hillary Clinton had a combative run-in with Black Lives Matter activists after a campaign event in New Hampshire.

The activists had previously tried to storm and disrupt the event but were barred by Clinton’s staff and led to an overflow room to watch the speech. After the event, Clinton spoke with the activists for 15 minutes, during which the Democratic front-runner first attempted to stress common ground with the activists by pledging her support to the movement. But when the activists seemed dissatisfied, the talk became more confrontational.

“You can get lip service from as many white people you can pack into Yankee Stadium and a million more like it who are going to say, ‘We get it, we get it. We are going to be nicer.’ That’s not enough, at least in my book,” Clinton said to the activists.

She went on to explain that she believed that the movement needed clear policy goals in order to get the rest of the country on board, stating that it isn’t enough to try and “change hearts,” and instead she wants to focus on changing policy. The Black Lives Matter activists objected, saying that Clinton was still “victim blaming” as “this has always been a white problem of violence” against blacks.

“Respectfully, if that is your position, then I will talk only to white people about how we are going to deal with the very real problems,” Clinton retorted.

Black Lives Matter activists have interrupted Martin O’Malley and Bernie Sanders events on the campaign trail this past month, causing disruption but also adding energy to the movement.

To Hillary, big government solves all problems and it is the only way to control people. These Black Lives Matter goons were comparing her and her husband to plantation owners for the black incarceration problem in America. That’s an insult to plantation owners, but I get the point. They are far worse than that. They are tyrants and wannabe despots. And the only black incarceration problem in America is due to blacks committing crimes and getting caught. More racist and revisionist drivel: “You know what? Anti-blackness is America’s first drug, right? America’s first drug is free black labor.” He’s referring to slavery that ended over 100 years ago. “Slavery is still alive and well. This is what most people want in this country,” that’s his charge, “and turning black bodies into profit.” So, you’ve got racism on both sides. The only difference here is Hillary is a raving hypocrite. At least Black Lives Matter is out with their racial hatred and division. The Hildebeast pretends to care, slaps a horrific southern accent on it and just lies till her pant suit catches fire. Hillary would never say what she said to this guy on the campaign trail. It’s a candid look into her character and it isn’t pretty.