An illegal immigrant has attacked a US Border Patrol Agent with a rock near the Texas border. The agent is reported as having been severely injured. 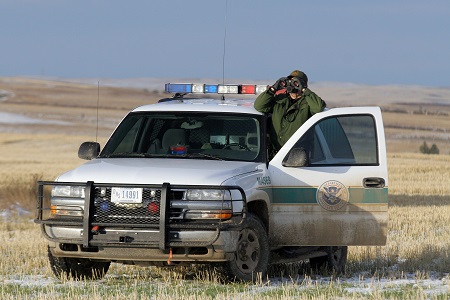 Brandon Darby has the full report[1]:

A Border Patrol agent is suffering multiple head fractures after an illegal alien attacked him and bashed his head in with a rock, according to several Border Patrol agents who spoke with Breitbart Texas on the condition of anonymity. The attack occurred near the Ajo Station of the Tucson Sector.

The agent was new to the U.S. Border Patrol agency. According to the sources, the illegal alien tackled the agent and used a rock to bash the agent’s head.

The agent apparently tried to defend himself with non-lethal force but suffered multiple fractures of his head before it was all over.