Illinois Ranks as One of Worst States for Losing Citizens 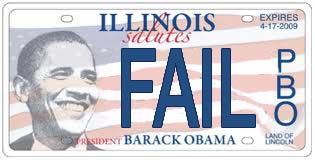 Illinois keeps racking up those plaudits as the worst of the worst states in the country, this time coming in second of the top states for outward migration. Illinois has seen more of its citizens fleeing its failing edifice than every other state but New Jersey.

This list is maintained by one of the nation’s largest moving companies, United Van Lines and is compiled every year as the company tracks the migrations statistics of the nation.

“As the nation’s largest household goods mover, United’s shipment data illustrates national state-to-state migration trends,” Carl Walter, vice president of United Van Lines said in a statement[1]. “We’ve been tracking the number of inbound and outbound domestic moves for nearly 40 years, and through our study are able to identify the states that are attracting or losing residents.”

The moving company found that for the fourth straight year, Oregon has been one of the states most moved to, this year taking the top spot after spending four years in second place. Following Oregon, South and then North Carolina won second and third places. Also on the list of the most desirable states to move to was Washington DC, South Dakota, Nevada, Texas, and Colorado.

But for the last two years the worst list remained steady with New Jersey and then Illinois coming in as the worst of the worst. New York was third worst with West Virginia coming in at fourth. New Jersey, Illinois and New York have topped the list[2] for several years.

So, once again, Illinois comes in at one of the worst states in the USA to live in–no surprise because the Land of Lincoln comes in at the bottom of nearly every indicator of a successful and desirable state.

Here are just a few more of the “low lights” of Illinois’ standing among the states: