The woman who has set herself up as judge, jury, and executioner of six Baltimore police officers tried to stop witnesses and police from talking to the media. But she is so incompetent that she filed her papers in the wrong court! 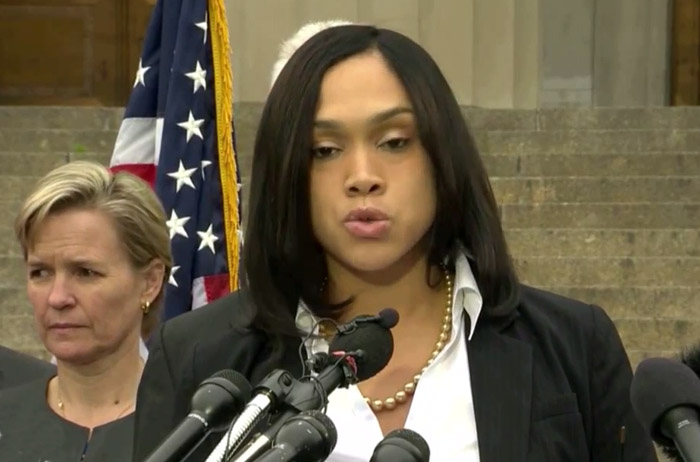 Baltimore city state’s attorney Marilyn Mosby’s gag order was denied on Monday. But now we get another example of how incompetent this woman is[1].

Mosby’s May 14 motion, filed in Baltimore’s circuit court, was intended to block witnesses, attorneys and police from speaking publicly about the Gray case. Six officers have been indicted on a total of 28 felony charges related to Gray’s April 12 arrest. The 25-year-old Gray died April 19. His death was ruled a homicide.

Judge Charles Peters slapped down Mosby’s motion, citing jurisdictional issues, The Baltimore Sun reported. The cases for the six officers charged were still on the district court’s docket when the motion was filed. The cases were only moved to the circuit court on May 21, after a grand jury indicted the officers.

It is unclear whether Mosby’s office will file a new request in circuit court.

THIS is the woman who is prosecuting cops?