It has been discovered that the IRS has initiated a secret policy of “monitoring” Christian churches in order to come down on them if IRS officials deem that what they say from the pulpit is somehow illegal. 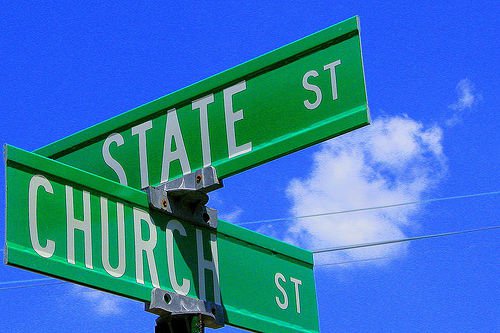 This info was not offered by the IRS freely. It was only discovered by a Freedom of Information Act request. And the IRS has only released this info after repeated requests that the agency illegally ignored.

Quinn Hillyer has the news[1] at the National Review:

So the IRS, acting with the whole power of government behind it, seems to be saying it can monitor and presumably punish churches for the content of their sermons, but the churches can’t know exactly if, how, and why they are being monitored.

…The ADF, on behalf of threatened churches, merely demanded through FOIA that the IRS share that same “evidence” with it, including details about the new “procedures.” Pretty basic stuff. Not only does the public in general have the right to know the basis for and substance of a federal agency’s procedures, but the parties directly affected (or targeted) by those procedures, as per a legal settlement, are especially entitled to that information. That’s the law. It’s also Common Sense 101.

So, the jackbooted IRS can secretly monitor our churches? How is that not a KGB-like, un-American action?