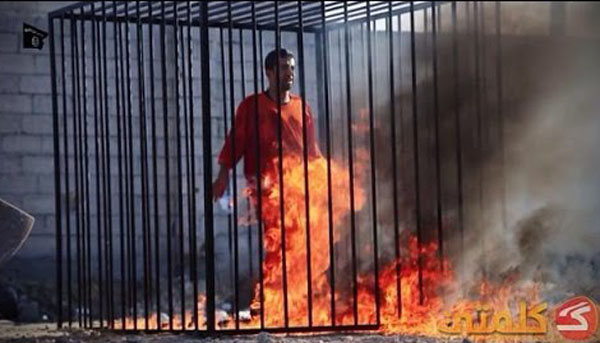 Only a few days ago ISIS murdered 21 Christians by brutally slicing their heads off. After that outrage, Obama put out a feckless statement refusing[1] to even call the murdered Coptics Christians proving that he is a weakling against these murderous Muslims.

Islamic State militants reportedly have burned to death 45 people in the western Iraqi town of al-Baghdadi on Tuesday, just five miles away from an air base staffed by hundreds of U.S. Marines.

The identities of the victims are not clear, the local police chief told the BBC, but some are believed to be among the security forces that have been clashing with ISIS for control of the town. ISIS fighters reportedly captured most of the town last week.

Col. Qasim Obeidi, pleading for help from the Iraqi government and international community, said a compound that houses families of security personnel and officials is now under siege.

And Obama golfs as Islamic terrorists run rampant across the world.