Democrats continue to call for Confederate statues to be torn down and in many cities, it’s already happening. Baltimore removed Confederate statues under the cover of night; protesters in Durham, North Carolina destroyed one. A Confederate memorial in a Hollywood cemetery was removed and multiple other cities have been debating removing their statues as well. But Jesse Watters of Fox News is suspicious of the Democrats’ motivations[1]. 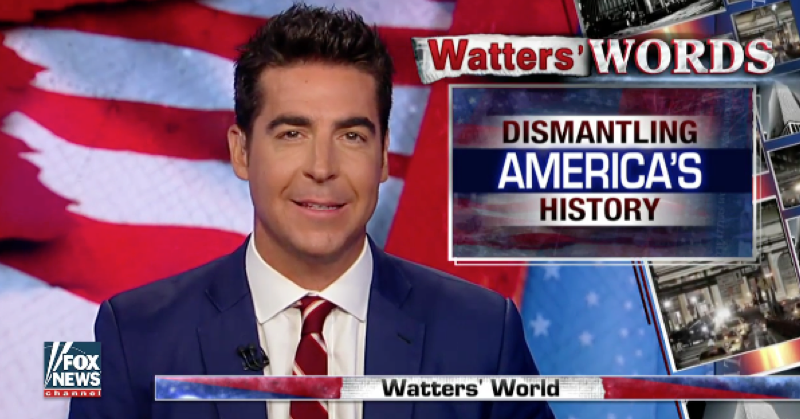 Watters appears on Fox News’ “Watters’ World,” where he slammed liberals for attempting to erase American history. Democrats were the party of slavery and segregation, he argued, which is why they really want to see the statues removed. Watters also argued that the statues were a part of American history and shouldn’t be destroyed or removed.

“Watters World personally believes that Confederate War statues are part of our nation’s history,” he said. “And can serve as important relics to reflect upon.”

“Let’s also remember that all of these Confederate War heroes were Democrats,” Watters continued. “Democrats were the party of slavery. Maybe the left wants to tear down these statues so the country forgets that the Democratic Party enslaved black people.”

“But I actually think that those on the left want to destroy any monument of revered historical leaders.”

Abraham Lincoln was a Republican and it was the Republican Party that outlawed slavery after the Civil War. Democrats, on the other hand, wanted to keep slavery legal. It was Democrats that founded the Ku Klux Klan and saw it grow in power and influence over the next several decades, and it was also Democrats that opposed civil rights in the 1960s.

Do you agree with Jesse Watters?