God help us…[1] crazy old Uncle Joe almost sounds presidential here. Almost. That’s how far we’ve sunk as a nation. When a raving moron can sound like the leader of the free world, we are in deep doo-doo. Biden just called the murderous terrorist who killed the four Marines and a sailor in Chattanooga, Tennessee a “perverted jihadist.” Over half of America just fell out of their chairs as Biden called a Jihadist psychopath exactly what he is. He made the statement at the memorial of those who were gunned down that day and referenced the killer, Kuwait-born Muhammad Youssef Abdulazeez. Few things make me do a double-take… this was one of them. 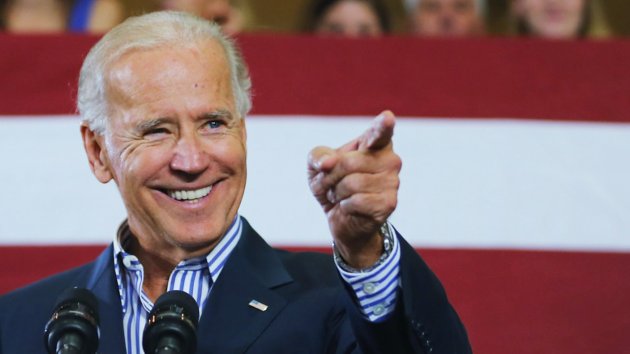 Joe Biden just made everyone do a double take with what he said.

CHATTANOOGA, Tenn. (AP) — Vice President Joe Biden on Saturday called the slaying of four Marines and a sailor at a Chattanooga reserve center the act of a “perverted jihadist.”

Biden’s comments came at a memorial to the five servicemen killed in a shooting rampage by Kuwait-born Muhammad Youssef Abdulazeez.

“These perverse ideologues, warped theocrats, they may be able to inspire a single lone wolf to commit a savage act, but they can never, never threaten who we are,” Biden said. “When this perverted jihadist struck, everyone responded.”

The vice president’s strong words contrast with the official comments of investigators who have not yet been able to determine a motive behind the attack.

Biden’s speech was very strong. Secretary of Defense Ash Carter’s, not so much. And the weasel-worthy feds are still saying they don’t know what motivated the shooter. That’s such a lie. They know he was radicalized in a mosque and spent quality Jihadi time in Jordan with his uncle. They are still painting the scum as a nice boy, who was simply depressed and recovering from addiction. They say he just snapped – that’s just rubbish. He planned the attack and carried it out. Then Biden related to the victims’ families which was politically astute. Then he tapped into nationalism just as Trump is doing. “We have a message for those perverted cowards around the world: America never yields, never bends, never cowers, never stands down – (but) endures, responds, and always overcomes,” he said. “For we are Americans, and never, never underestimate us. It’s always been a bad, bad bet to do that.” Either Biden’s act as an incompetent moron over the last eight years was a farce, or suddenly his IQ has skyrocketed. That little speech should worry the rest of the Democratic field a great deal. Creepy Uncle Joe is making his move and saying what Obama won’t.