John Boehner Slams Reporter: “Are You Really Going to Ask Such a Stupid Question?’

There isn’t always a whole lot to love about GOP Speaker of the House John Boehner, but once in a while he does a great job slamming the media. Today he did just that. 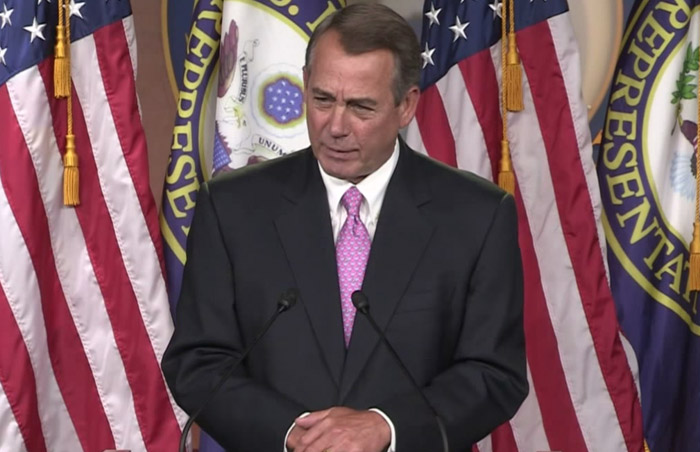 Some unnamed (and forgettable) so-called journalist tried to tie the recent Amtrak crash to Republican budget cuts causing Boehner to ask the reporter if she was really going to be that stupid.

John Boehner: Are You Really Going to Ask Such a Stupid Question? Listen, you know, they started this yesterday, it’s all about funding, it’s all about funding. Well, obviously it’s not about funding. Some… the train was going twice the speed limit. Uh, adequate funds were there, no money’s has been cut from rail safety. And the House passed a bill early this Spring to re-authorize Amtrak and authorize a lot of these programs. And, uh, it’s hard for me to imagine that people take the bait, uh, on some of the nonsense that gets spewed around here.

It was hilarious to see him smack down this reporterette.

But, still. I’d have preferred that Congress not just cut Amtrak’s spending, but eliminate it and shut Amtrak down. It is a bottomless pit of tax dollars, never makes a penny, and is an unnecessary service that few Americans have any interest in patronizing.