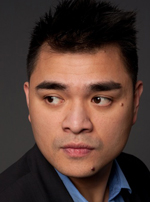 The newly publicized life-story of award winning journalist Jose Antonio Vargas seems to be one of those revelatory stories that tends to confirm some of the worst charges against liberals and the Old Media. The media sees no reason not to break the law, it employs people with political agendas, and all the while refuses to inform customers of the “news” that this is the case. As it happens, Vargas is an illegal immigrant in this country and has been for decades.

Vargas won a Pulitzer Prize for his 2007 coverage of the Virginia Tech shootings, he also made tongues wag recently with an exclusive interview with the reclusive founder of Facebook, Mark Zuckerberg. But his chief journalistic interest has been as a political reporter for the Washington Post.

But even as he has for more than a decade been given the role of an arbiter of sorts of political news, Vargas has been an illegal resident of the very country he has been reporting on.

Vargas tells ABC News[1] that he found out that he had a fraudulent green card when he was a 16-year-old boy trying to apply for a California Driver’s license. The DMV told him his immigration card bought by his family in the Philippines was fake and “warned him not to return.”

Breakdown of the law number one was his family’s purposeful commission of a crime. Breakdown number two was a government agency assisting after the fact. The California DMV directly assisted an illegal immigrant and his entire family stay here as law breakers by telling a 16-year-old Vargas to run and hide from authorities.

Vargas took the DMV’s advice and began to train himself to speak without his native accent.

“I remember the very first instinct was, okay, that’s it, get rid of the accent… ‘Because I just thought to myself, you know, I couldn’t give anybody any reason to ever doubt that I’m an American,” Vargas said.

Notice how his “very first instinct” was to continue to break the law and compound that by engaging in subterfuge. Not to try and become a legal citizen.

Breakdown in law number three: Vargas enlisted the aid of some highly placed California public school officials to help him falsify documents so that he could get a fake Oregon Driver’s license to get his job with the Washington Post. 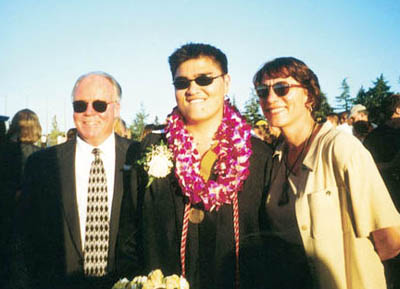 Vargas asked Rich Fischer and Pat Hyland, two high-ranking California public school officials to help him in his criminal activity. Pat Hyland was the principal in the high school Vargas attended (Vargas wrote of her[2] back in 2005). Like a good, militant leftist, Hyland has proclaimed her intentions to help even more lawbreakers if she can.

For his part Rich Fischer has had a storied career in California’s public schools sector. He has been a celebrated schools administrator, a recipient of the Superintendent of the Year award, and was a nine-year Superintendent of the Mountain View-Los Altos Union High School District. He has also won the Los Altoan of the Year award. Additionally Fischer managed two statewide professional development programs, one of them being the Executive Leadership Center (ELC).

A recent retrospective[3] of Fischer’s career includes this paragraph:

Rich is most proud of his work maintaining positive cultures and creating mentoring opportunities in the districts. His own experiences advising Jose Antonio Vargas, Pulitzer Prize winner and Senior Contributing Editor at The Huffington Post, through high school and beyond, has acted as a perfect example of the “American Dream” achieved through a successful experience in the public education system.

Apparently Mr. Fischer believes that the “American dream” includes breaking dozens of laws in order to fool people into accepting you. I’ve looked in our founding documents for the sort of fraud, criminal activities and lies that Fischer says is the “American dream,” but have had no luck finding them.

So, with the criminal help of California Public School officials and a fraud perpetrated via lax Oregon ID laws, Vargas got his job at the Washington Post. It is hard to believe that he spent more than a decade in this ruse without the newspaper ever finding out that all his tax information and legal status was a fraud.

But now everyone knows. Vargas has outed himself.

Vargas tells ABC that the reason he has come out as a lawbreaker is because the DREAM Act (Development, Relief and Education for Alien Minors) failed to become the law of the land. Consequently Vargas decided that political activism for a renewed effort to pass the DREAM Act has become more important than the integrity of an unbiased, just-the-facts reporter and he is now going to put his weight behind a campaign to push immigration issues.

Naturally, like most people that lament the failure of the DREAM Act, Vargas leads his advocacy with a lie.

“Are we seriously going to deport 11 million people? That’s the estimated number of undocumented people in this country. We’re not seriously going to do that. We have not had a really serious conversation about this issue. We are a part of this society. And I think everyone deserves dignity.”

This sort of demagoguery makes one question all of Vargas’ past work. If he can’t even deal truthfully with an issue he claims is important to him, what has he done to spin things to his political ideology in the past?

The fact is that no one, not one Republican, nor any of the bills they’ve introduced would require 11 million people to be rounded up and shipped back to their place of origin. Similarly the failure of the DREAM Act would not force the many millions of these law breakers now here to be rounded up and shipped back. It is fearmongering at its worst to make the claim that Republicans want to round up all illegals.

One has to wonder how often in the past Vargas has allowed his political activist’s ideas to invade his “reporting.”

With his newest adventure, Jose Antonio Vargas has proven himself to be a lawbreaker, a man that participates in a cabal of lawbreakers high in California’s education sector, and a demagogue that will say anything to push his political ideology.

Vargas claims to be an American — “No one can take that away from me,” he says. Well, depending on one’s point of view, he may or may not be an American, but with his actions it most certainly doesn’t seem that he’s a good American.