Kamala Harris Claims Trump’s Tax Plan Is To ‘Enrich Himself’ — Then Gets OWNED With Fact Check!

When you put politics[1] before the welfare of Americans, you tend to show everyone what a freaking partisan troll you are. Take Kamala Harris for example. She did just that in splendid fashion this week after President Trump released his tax plan. You know the one that cuts the tax brackets from seven to three and reduces the corporate tax from 35% (the highest in the world) to 15%. She claims that Trump did this to ‘enrich himself’. Math challenged are we Kamala? It may benefit Trump somewhat, but who it really helps are Americans in general and small businesses. Can’t have that now can we Harris?

Let me translate what Kamala Harris is trying to tell us all: “NO! Americans can’t keep more of their own money!! The peasants might revolt!” Or something to that effect. She is a typical Californian Democrat with a law degree and she is utterly useless and clueless. She didn’t even bother expounding on how Trump would enrich himself and his donors. It’s just the standard Democratic knee jerk response. Trump’s plan will benefit the Middle Class the most… which just enrages an elitist like Harris. 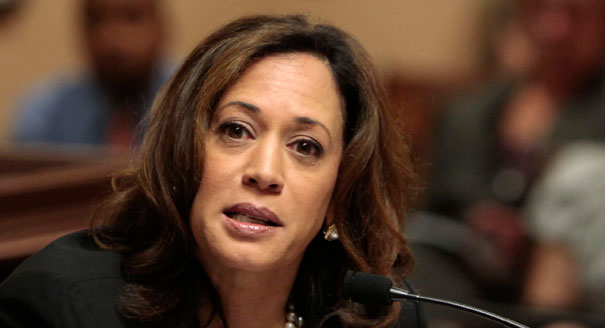 “Trump’s tax ‘plan’ is nothing more than another attempt for Trump to enrich himself and his corporate donors,” Harris tweeted.

Trump’s tax “plan” is nothing more than another attempt for Trump to enrich himself and his corporate donors.

Harris did not elaborate how Trump’s tax plan, announced Wednesday, would “enrich himself and his corporate donors.”

The proposal will cut the number of income tax brackets from seven to three, with the top rate being 35 percent, the median rate being 25 percent, and the lowest 10 percent. And in perhaps the most drastic cut, the business tax rate will be slashed from 35 percent to 15 percent.

The White House would also like to see the elimination of all tax deductions except the mortgage and charitable contribution deductions.

These are typical liberal talking points, which almost always claim that Republicans “give tax breaks to the wealthy.” I hardly think reducing the top bracket by 4.6% is going to enrich Trump and his donors. Let’s see Kamala Harris give more money to the government since she is so keen on wealth redistribution through taxation. As one guy tweeted, this is a devious move by Trump to create jobs and force Democrats into working for a living. Heh.

Instead, she’s like so many other Democrats and wants us to spend more and more… just as Obama brought us to the edge of the cliff with $20 trillion in debt, they think you never have to balance a budget or cut taxes. Never pay down the debt and certainly don’t learn from history on how the economy boomed under Reagan and Coolidge when taxes were slashed. Democrats want to spend more and tax more or you are selfish and greedy, which is the exact opposite of what it really is. Letting Americans keep what they earn is not ‘enriching’ themselves. In John Hawkins’ New book, ‘101 Things All Young Adults Should Know’[5], he teaches in chapter 21 of the book, “Right or wrong, good or bad, the more you achieve, the more criticism you will receive.” Trump should keep going forward with tax cuts. If it upsets the likes of Kamala Harris this much, it’s got to be a good thing.

Typical liberal response. You can always send the government more of your money if you want. My guess is though that u won't…

I really hope you are not that ignorant.

More likely it is a devious move by Trump to create jobs and force democrats into working for a living.

Letting people keep their own money is not "enriching" them. They enriched themselves and deserve to keep what they earned.