The father of a Marine who was killed in the line of duty was so disgusted by the actions of the president who sent his son to die, he sent back Obama’s form letter condolences. The father also added his own sharp rebuke to the president. 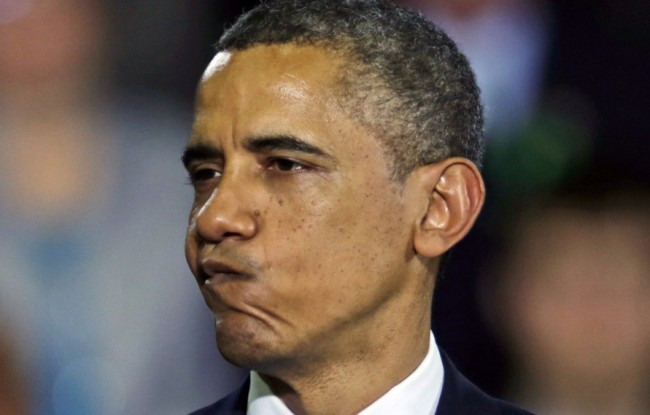 Steven R. Hogan, father of KIA US Marine Lance Corporal Hunter D. Hogan, was having none of Obama’s faux “condolences.”

Here is what he wrote at the bottom of the letter that he sent right back to Obama:

I wonder how many of these get returned to you!

I am deeply saddened that you are the President of the United States. You sir are an embarrassment to the Oval Office. My son, as well as most Marines I know, despise you and your lack of representation for our military.

Your ridiculous rules of engagement have caused the massive amount of casualties on your watch in Afghanistan. While we watch your media pander to your administration and clearly sweep things under the rug for you, I fully understand Marines die. You have tied their hands & feet!

I am thankful I did not serve under a Comm. in Chief such as you. I am sickened that my son had to. I wonder… I doubt that you will see this, I hope you do though!” 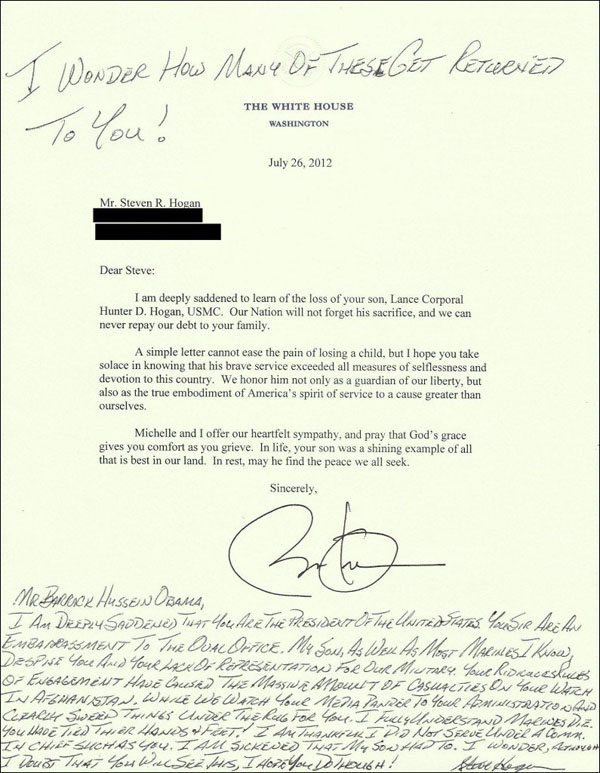