L.A./Chicago Boycott Arizona… Unless There’s Money to be Made 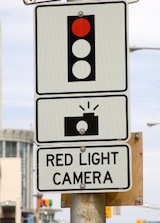 Both Los Angeles and the Governing Board of Cook County Illinois, home of the City of Chicago, have vented their outrageously outrageous outrage at what they contend are the Nazi tactics of the state of Arizona for having the gall to try to insure the sovereignty of its borders and uphold America’s immigration laws. They have condemned the Grand Canyon State and announced punitive boycotts to punish the state and to prove to one and all that they are more compassionate and not as racist as those nasty Arizonans.

No Arizona-based company will get their business these self-righteous city leaders have said by overwhelming votes to boycott. It’s a matter of principle, they claim.

…except where it comes to making money off their own citizen drivers by spying on them with red-light cameras, of course. In that case, why Arizona companies aren’t so bad after all.

So much for stands on principle.

Not long ago Los Angeles council members were some of the first in America to vote to boycott all Arizona companies barring them from doing business with the city. However, on June 23 those same self-righteous panderers in LA voted to make an exemption[1] for the Arizona-based company that operates L.A.’s the red-light cameras.

Principle pales next to the six million dollars that L.A. made off its red-light camera program.

Not to be outdone, Cook County, Illinois did the same thing a few weeks ago. On June second the county board voted to boycott all Arizona companies yet then turned around and exempted[2] the Arizona red-light camera company with which it had contracted.

So, in the end, the empty actions of these two governing bodies was made solely to pander to their respective Hispanic communities but has no real teeth when all is said and done. When their supposedly closely held principles came smack up against making money, making money won out.

Can you spell hypocrites?