L.A. Times Fires Left-Wing Cartoonist Ted Rall After He Lies About Being ‘Roughed Up’ by L.A. Police

A cartoonist who has for years been publishing his far, far left political cartoons in the L.A. Times has been fired after posting a story claiming he was “roughed up” by the Los Angeles police in 2001. The paper fired him because an investigation into the incident proves that the cartoonist lied about the whole incident. 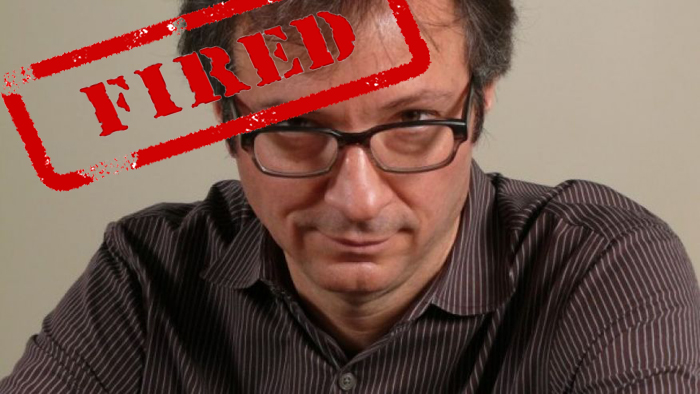 Cartoonist Ted Rall was fired this week[1] after telling what the L.A. Times has determined to be a false story about police brutality.

A left-wing cartoonist’s recent depiction of a 14-year-old encounter with the LAPD has gotten him canned as a freelance contributor to the LA Times after the paper said it had “serious questions” about the accuracy of the encounter.

Ted Rall, whose illustrator’s pen has targeted the intellect of U.S. troops in Iraq and the widows of terror attack victims, was dropped by the Times after a May 11 blog post in which he said he was “roughed” up by police for jaywalking in 2001.

“All of a sudden, a motorcycle officer zoomed over, threw me up against the wall, slapped on the cuffs, roughed me up and wrote me a ticket,” Rall wrote. “It was an ugly scene, and in broad daylight it must have looked like one, because within minutes there were a couple of dozen passersby shouting at the cop.”

But it seems Rall’s remembrance of the incident may be a bit too colorful.

The Times reviewed several pieces of evidence, including police records and a complaint filed by Rall at the time, which seem to contradict the facts of Rall’s blog post.

“An audiotape of the encounter recorded by the police officer does not back up Rall’s assertions; it gives no indication that there was physical violence of any sort by the policeman or that Rall’s license was thrown into the sewer or that he was handcuffed,” the Times wrote on Thursday in the space above where Rall’s blog post was originally published. “Nor is there any evidence on the recording of a crowd of shouting onlookers.”

So, according to the Times not a single factoid in Rall’s story turns out to be true.

Looks like another lying liberal gets a smack down.