The left-wing website “magazine” Salon.com was outraged yesterday that several local restaurants arranged for members of the Maryland National Guard to get a free hamburger in Baltimore, yesterday. In fact, Salon.com pushed the theme that the Guard are “oppressors” and didn’t deserve any food. 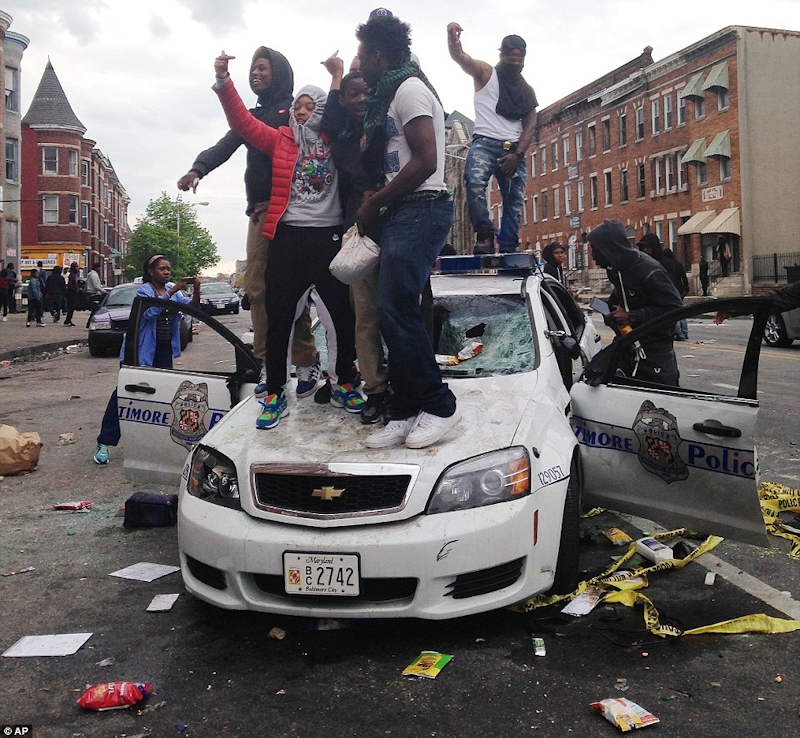 As you no doubt already know, the MD Guard were called out to try and help restore order to the violence plagued streets yesterday. The riots that were destroying the city have forced the city’s schools to close down and kids told to stay home and out of the line of violence.

But all this caused Salon[1] to push the theme that our National Guard soldiers are “oppressors” who don’t deserve any free lunches.

All Baltimore City public schools were closed on Tuesday in response to violent protests breaking out across the city in response to Freddie Gray’s death. About 84 percent of students in city’s public schools receive free or reduced-price lunches, according to the school district’s website. The closings mean that these students were unable to access these lunches, and churches and community centers have been scrambling to fill the gap.

That’s why it was so shocking to hear that Whole Foods and Five Guys had taken the initiative to provide free food for National Guard soldiers instead of for thousands of high-need children.

Salon then posted the tweets of several un-American jerks who took to Twitter to call the Guard members “oppressors.” And others who attacked Whole Foods for being “tone deaf.”

What is tone deaf is Salon.com and its favorite Twitter users calling Guard members “oppressors” and acting as if the rioting is their fault instead of the fault of the rioters who were the ones burning down and looting the city!