Only a pinheaded liberal professor could maintain that we shouldn’t get all upset over the fact that ISIS terrorists are using rape and sexual slavery as a weapon of war because the U.S.A. had also slavery 150 years ago, but that is exactly what Bloomberg columnist and Harvard professor Noah Feldman said recently. 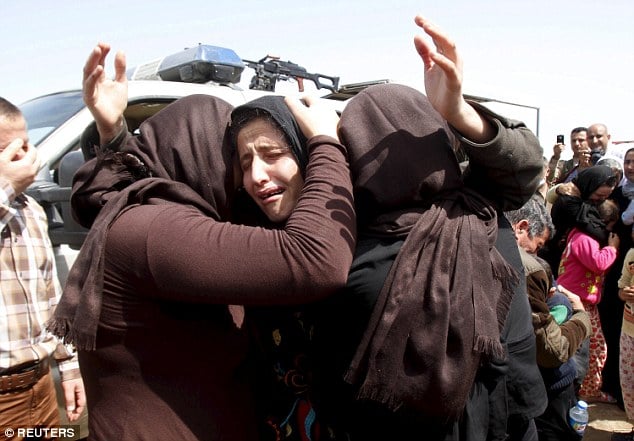 Feldman starts his piece of garbage[1] off with a lie on his lips.

It’s been 150 years since U.S. law allowed masters to rape enslaved girls and women. Almost all modern Muslim societies banned slavery in the last century. So why is Islamic State turning back the clock, actively embracing and promoting enslavement of Yazidi women, thereby enabling them to be raped under one interpretation of classical Islamic law?

US law did not excuse rape of slave women in direct terms in the same way that ISIS is using rape and sexual slavery as a tool of conquest, war, and religious supremacy. It was true that slave women in the US had no standing in the law during that time period, sure, but it is not true that rape was actually ensconced in law in direct terms.

Further, our society at the time looked down on slave owners raping their female slaves and usually masters tried very hard to hide the fact that they had sexual relations with slaves.

So, for this professor to equate the complicated and usually undercover sexual history of US slavery to the open boasting of rape by ISIS is utterly illegitimate, in fact only a simpleton would say they are the same.

Naturally, like all good leftists, this pinhead says that the problems of slavery in the USA have never gone away and that slavery is still here today despite that it was eliminated over 150 years ago.

Then he says THIS lie:

And we would do well not to forget that American slavery, particularly in its last half-century before abolition, was one of the most brutal slave systems in recorded human history. In comparison, the history of Islamic slavery is relatively mild.

American slavery was never ever “the most brutal slave systems in recorded human history.” Slavery is certainly always wrong, but compared to other systems throughout history, the US system was one of the more mild systems in history, not the “most brutal.”

In any case, this entire steaming piece of garbage is nothing but an excuse for a leftist to claim that the USA is “just as bad” as ISIS. And that is an outright lie.

And to think, this idiot is a teacher in one of our best schools!