Liberal Blog: The Black POW/MIA Flag is Raaaacist, Oh, and No Americans Were Tortured During Vietnam War

The influential but extremist, left-wing blog Talking Points Memo has weighed in, today, on that racist flag. No, not the Confederate flag, but the black and white Vietnam POW/MIA flag. Not only is TPM saying that the flag is racist, but that no Americans were ever tortured by the North Vietnamese during the long war. 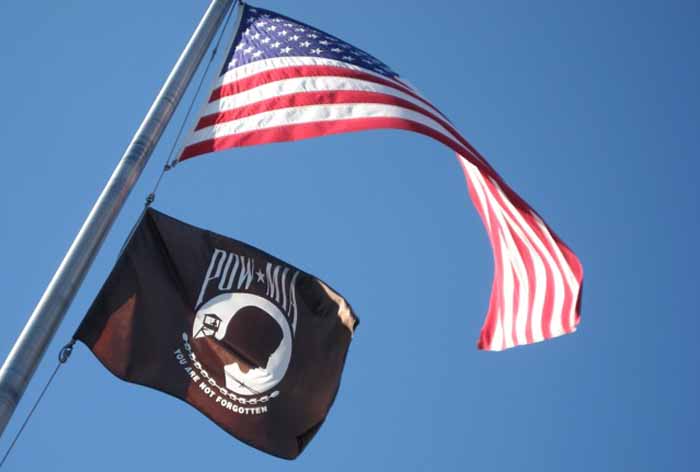 With many incorrect statements and false history, the liberal blog claims that the POW/MIA flag is a racist flag[1] built on a lie.

The traitor who wrote this crap is one Rick Perlstein, one of those left-wing dopes who claims that all American soldiers are traitors and racists.

One of the false facts he claims early in the piece is that prisoners are never released in any war until the war is over. This is wholly untrue. During our own civil war, for instance, there were prisoner exchanges for half the war.

The biggest lie in the piece is that despite saying the flag is “racist” in his title, Perlstein never bothers to prove his claim. He just leaves it hanging out there as if it is obviously true.

So, if you support the POW/MIA flag, you are a racist as far as the left is concerned.