When asked by CNN’s Jake Tapper[1] about verifiable evidence of collusion between the Trump campaign and Russia, Democratic Sen. Mark Warner dropped a bombshell. Well, it’s at least a bombshell for liberals. It’s not for conservatives. They’ve got nada, squat, butkis… absolutely nothing but what they are calling a whole bunch of smoke. After eight months of beating this literally to death, they’ve got nothing to show for it. Can we just stop this already? It’s not like we don’t have more pressing problems like Islamic terrorism and the Russians threatening us like they did in the Balkans this morning. We are also drowning in debt and taxes… people need jobs and our borders are still open. Come on now! You’ve got nothing, so just drop it.

The Dems don’t want to let this die though. They’ll keep the investigation going as long as we let them. That and the insane calls for impeachment. They want to obstruct anything and everything that Trump would get done while in office. In my book, it’s nothing short of treason. As Col. West has often said, it’s a conviction searching for evidence. Evidence that they aren’t going to find. There has been so much fake news and lies surrounding all of this, you just can’t believe anything anymore. Only one thing is certain, the Democrats have gone subversive and have become an enemy of the Republic and the American people, as well as the President. 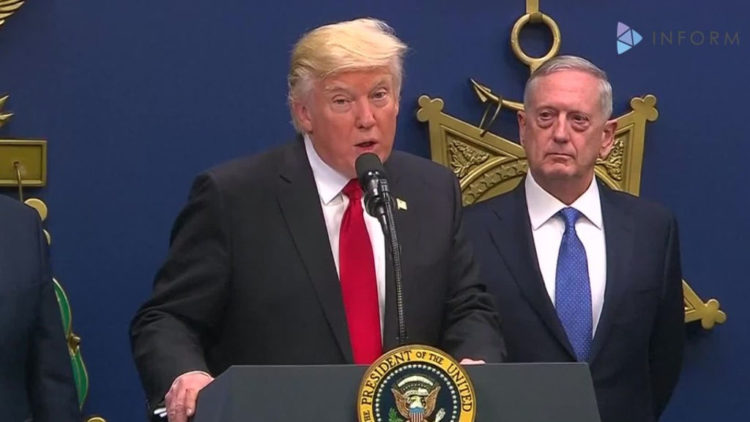 Democratic Sen. Mark Warner (Va.) admitted Sunday that the Senate Intelligence Committee has not yet found a smoking gun during its investigation into potential collusion between President Donald Trump’s campaign and Russian operatives.

In a separate interview the same day on CBS’ “Face the Nation,” Warner told host John Dickerson that “every week there’s more smoke that appears,” though he reiterated the fact that the committee has found no “smoking gun” or conclusive evidence to date.

However, the investigation will continue to “sort through” all the information to determine if there is any veracity to the suggestion that Russia did work with Trump associates to influence the 2016 election, Warner told Dickerson.

The senator expressed concern about reports[4] that Trump asked Director of National Intelligence Dan Coats and National Security Agency Director Michael Rogers to deny evidence of cooperation between his campaign and Russian operatives.

Democrats are trying to create smoke here long enough to find something to nail Trump on. It’s just pathetic and obvious. Warner’s admission is an important one and clarifying. You are supposed to be innocent until proven guilty, but all this time the left has been demanding President Trump prove he is innocent. That’s massively messed up. Why are we letting this go on?

Warner is also correct when he says the President and the American public deserve for all of them to get past reported press stories and actually hit facts for a change. James Comey will testify Thursday in front of the Senate Intelligence Committee. I expect that to be a whole lot of nothing. They could surprise me, but I think it’s all hype. “I think [Comey’s] gonna have a chance to tell his story and every member’s gonna have a number of questions for him,” Warner said. Yes, they will and we’ll see. But this is sure beginning to resemble the Salem Witch Trials, where there’s no evidence and you are guilty until proven innocent… and in the end you are always burned at the stake.