Democrats have been on an anti-racism rampage, calling for confederate statues around the country to be pulled down. While that is a discussion that can be had about that, there is more than a little hypocrisy surrounding this new mentality of Democrats. After all, the Democrats were the party of racism — just look at their 1924 convention for an example[1]. 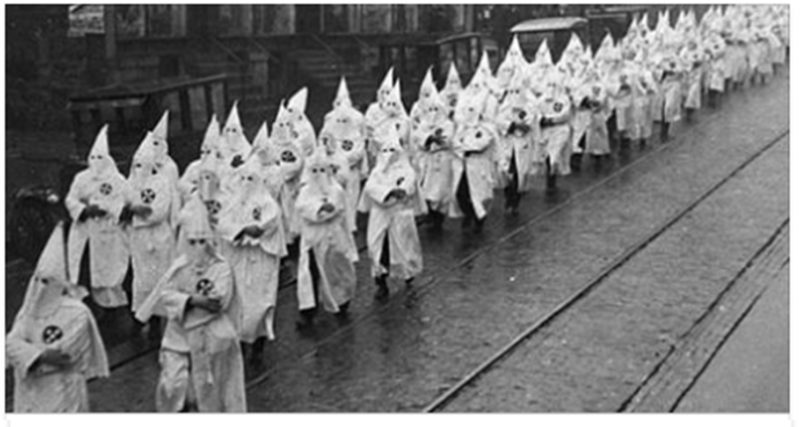 The 1924 Democratic National Convention was referred to as the “Klanbake,” because of the heavy Ku Klux Klan presence. Held in Madison Square Garden in New York City, Klan delegates showed up by the hundreds to intimidate any non-Klan members from being nominated. The Klan wasn’t just a racist organization; it was also anti-Catholic and anti-Semitic. And when a Catholic, New York Governor Al Smith, was being considered for nomination, the Klan took over the convention.

Smith was running against Williams Gibbs McAdoo, who Klan delegates supported. McAdoo didn’t win the nomination, but neither did Smith. The Klan was successful.

Klan members also were protesting a platform plank introduced by Forney Johnston, condemning the Klan for its violent activities. The final vote on the platform was 542.85 in favor, and 546.15 against, and so once again, the Klan won. To celebrate, the hundreds of Klan members gathered in a New Jersey field to “celebrate” by burning crosses, attacking effigies of Smith and threatening more violence against Catholics and blacks.

In addition to the Klan’s ties to the Democratic Party, there’s the issue of Franklin Delano Roosevelt, whose family has been criticizing Donald Trump for his Muslim ban. But none other than Roosevelt himself decided to place Japanese-Americans into internment camps during World War II, purely because of their ethnicity. There were no trials, none of the innocent people were accused of any crime… but because of their Japanese heritage, they were locked away.

So, when Democrats shriek about confederate statues and racism in the GOP, maybe they first need to take a good long look in the mirror.