Louisiana Democrat: You Can Vote Multiple Times, You Won’t Be Prosecuted [Video]

Wow, they don’t even try to pretend and be honest anymore. Louisiana Mayor Don Cravins Sr. just comes out in your face and says that if you voted early, go ahead and vote again tomorrow, because when Earl Taylor is elected as D.A., he won’t prosecute you for voter fraud. Democrats actually encourage it publicly.[1] 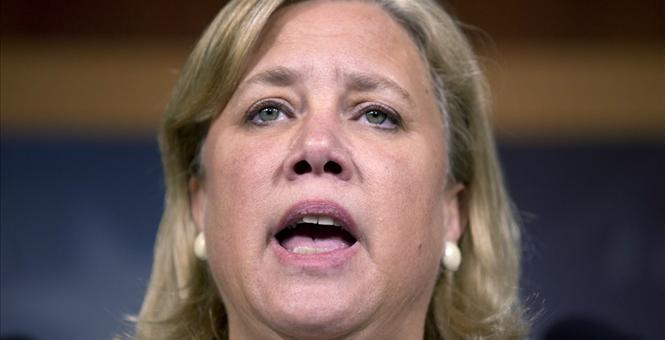 Who’s up for a fresh addition[3] to the ever-expanding[4] “voter fraud[5] is a Republican myth[6]” file[7]?  Democratic officials and campaign operatives have been caught on tape[8] encouraging illegal voting[9] on several occasions in recent election cycles, and anti-voter ID activists have literally cheered[10] a swing-state poll worker who was convicted of the practice. Our latest installment comes to us from the Bayou State and features a Democratic mayor and former State Senator, who dispensed some pro tips on voting[11] at a rally in advance of Saturday’s run-off election:

Video of Opelousas, Louisiana Mayor Don Cravins Sr.’s Nov. 3 remarks show him telling a crowd in his home town that ‘if you early voted, go vote again tomorrow. One more time’s not going to hurt.‘ Louisianans, like Americans in many states, had the option of either voting ‘early’ or showing up on Election Day. Taking advantage of both options would be a crime. And for voters worried about criminal fraud charges, Cravins said he had an insurance policy – the re-election of a Democratic district attorney…’Tomorrow we’re gonna elect Earl Taylor as the D.A. so he won’t prosecute you if you vote twice,’ Cravins said. Taylor won a fourth term on Nov. 4…Cravins’ remarks were met first by laughs and then by wild cheers. Mary Landrieu’s campaign did not respond to a request for comment.

Incidentally, if the setting of this undercover video seems vaguely familiar, and if the name of the speaker — Don Cravins, Sr. — does too, it may be because Cravins’ son (and Sen. Mary Landrieu’s chief of staff) gaffed pretty hard[12] at the very same event, and we wrote it up earlier. This rally was an oppo-research gold mine.  The organization behind the ‘Cravins Family Greatest Hits’ videos, the Black Conservatives Fund, has launched a new website in conjunction with the voter fraud clip: OnlyVoteOnce.com[13].  As you may have noticed, the above video’s commentary is provided by Louisiana State Senator Elbert Guillory, a black Democrat-turned-Republican[14] whose most high-profile contribution to the current contest is this devastating take-down of Mary Landrieu, which has been viewed more than 400,000 times on YouTube:

The run-off election between Obama rubber stamp[15] Mary Landrieu and Republican doctor Bill Cassidy[16] is this Saturday, December 6th.  Only vote once, Louisianans.

Louisiana State Senator Elbert Guillory, a black Democrat-turned-Republican, takes Landrieu, Cravins and the rest of the Dems to the woodshed. He’s right… take your Progressive/Marxist, racist viewpoints and go back to your elitist mansions. You aren’t helping the black community; you are using them and then will ignore them as you always do. While we all struggle to put food on the table, clothes on our kids and gas in the car, these power mongers are living in splendor while they rip us off and condemn us to poverty. Vote once Louisiana and do it right. Kick Landrieu out and all the other Democrats too.