We are seeing it nearly every day, lately–Christians in our own country being attacked by radicals. And Louisiana Governor Bobby Jindal is exactly right when he says that Christians now need legal protection for their religious expression. 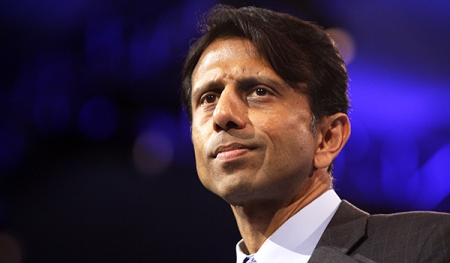 As Ed Morrissey notes[1], Jindal is both right and did a masterful job of defending Christianity and proving that it is under fire in this increasingly left-wing governmental milieu.

Governor Bobby Jindal gave a demonstration yesterday during his appearance on Meet the Press in this exchange with host Chuck Todd. This turns into a good demonstration of how politicians need to work within challenging, if not hostile, media environments on controversial topics. Todd repeatedly frames RFRA as servicing an impulse for broad discrimination, while Jindal emphasized that Christians need RFRA to defend against government force applied in such a way that specific choices on participation in events could put them out of business.

…Regardless of where one comes out on this debate, Jindal did a masterful job of anticipating the exaggerated context of the media framing of RFRA and rebutting it at every turn. It’s quite a lesson. Let’s hope others are paying attention.

Exactly right. The left’s goal is to outlaw Christianity and they intend to do it through misusing our own laws against us.

Liberals want freedom for everyone… unless you are a Christian.