We’ve been keeping an eye on the so-called Million Muslim March[1] that was planned for today, the 12th anniversary of the attacks by Muslims on the USA on Sept. 11, 2001. Well, we can all laugh at them now as it looks like the march garnered a few hundred thousand less than the “million” Muslims they planned on hosting. In fact, only a handful bothered to show up.

The event seems to have garnered only about a hundred people which is a teeeny, tiny bit less than the “hundreds of thousands” that DC residents were warned were on the way to the nation’s capitol.

Amusingly, after a lot of backlash against their million terror-supporter march, the event coordinators tried a last minute renaming of the event. They decided to re-brand it the “Million American March Against Fear.” 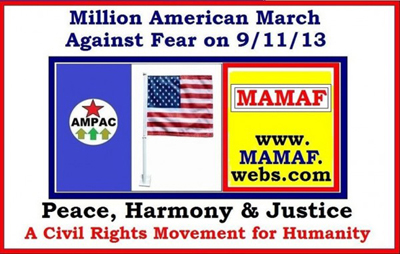 Imagine that, eh? They dumped the word “Muslim”!

Anyway, here are a few photos shows the tens of people milling about during this “march.” 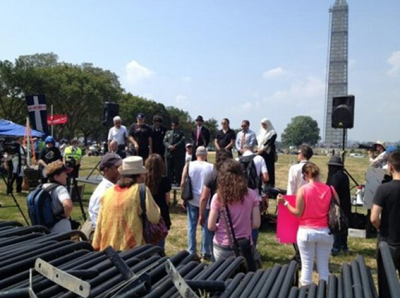 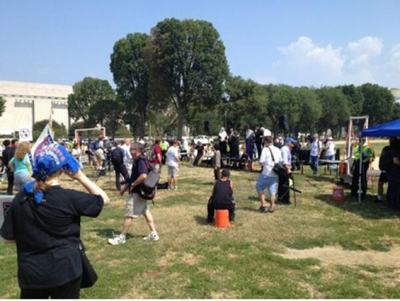 It is totally hilarious that this failed so spectacularly. But the fact is, even many Muslims in America understood this to be simply a platform to come to the support of Islamic terror and they understood that having this march on the anniversary of 9/11 was a bad, bad idea.

Critics said even before the thing was held that it was nothing but an effort to excuse terrorism[2].

Initially the city tried to deny the bikers a permit[3] for a non-stop ride through. But the bikers came anyway! Good on ‘em!

Granted the bikers wanted to get two million Americans out, but didn’t get very near that goal, themselves. Still their effort was only a few weeks old, really, and they still got far, far more supporters out to DC than the Muslims who had nearly a year to plan this were able to get.