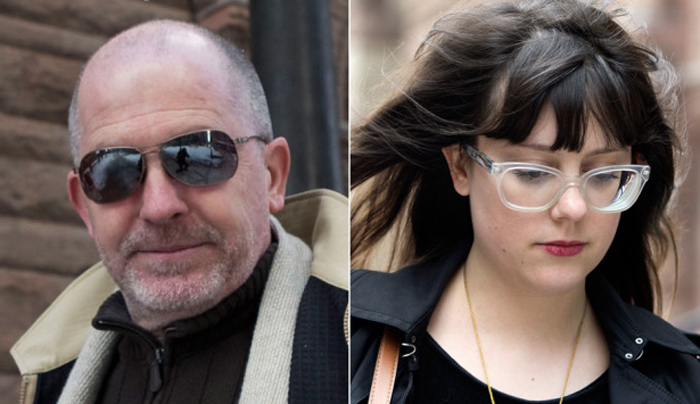 Fortunately for Americans, this case is occurring in Canada. But let’s face it, this is exactly what liberals want to do here–namely shut down the free speech of their detractors.

I am sure that some of you reading this are saying, “come one, this guy must have been abusive or threatened these feminists lives to be hauled before a court, right?”

Well, not according to The National Post of Canada’s courts. It seems that Greg Elliot only disagreed with these feminists[1]. He didn’t threaten their lives, or threaten violence, or anything of the kind. Yet, he has lost his job because of this court case and if convicted could spend six months in jail simply for daring to disagree with these two militant feminists.

The graphic artist and father of four lost his job shortly after his arrest, which was well-publicized online, and if convicted, could go to jail for six months.

These are astonishing repercussions given that it’s not alleged he ever threatened either woman (or any other, according to the testimony of the Toronto Police officer, Detective Jeff Bangild, who was in charge) or that he ever sexually harassed them.

Indeed, Elliott’s chief sin appears to have been that he dared to disagree with the two young feminists and political activists.

He and Guthrie, for instance, initially fell out over his refusal to endorse her plan to “sic the Internet” upon a young man in Northern Ontario who had invented a violent video game, where users could punch an image of a feminist video blogger named Anita Sarkeesian until the screen turned red.

Guthrie Tweeted at the time that she wanted the inventor’s “hatred on the Internet to impact his real-life experience” and Tweeted to prospective employers to warn them off the young man and even sent the local newspaper in his town a link to the story about the game.

Elliott disagreed with the tactic and Tweeted he thought the shaming “was every bit as vicious as the face-punch game”.

In the end, if this man can be convicted of harassment just for disagreeing with these two hate-filled, militant feminists, then free speech will be ended in Canada. And don’t think for a minute that the left won’t try to emulate that here in the USA.

If you would like to contact Stephanie Guthrie to let her know how much you value free speech over her militant feminist hate speech, contact her via Twitter at @amirightfolks[2]. And here is her blog main page: stephguthrie.com[3].