Marco Rubio… All Talk & No Vote, Gets Hammered for Being No-Show On Senate Budget Vote

Gee, I’m soooo surprised.[1] Marco Rubio talked really big about voting against the horrendous Omnibus bill, but when it came time to do so, he was a no-show. If you can’t show up to vote for something that is life or death for your nation, whether you win or not, can you be expected to lead the most powerful nation in the world? I don’t think so. From The Right Scoop[2]: Sen. Marco Rubio (R-Fla.) missed Friday’s Senate vote approving a massive $1.8 trillion end-of-the-year spending bill and tax package — a day after he suggested that he would try to slow the legislation down. The Florida Republican, who is running for president, was the only 2016 contender to miss the vote, which is the Senate’s final vote of the year. Sens. Ted Cruz (R-Texas), Rand Paul (R-Ky.) and Bernie Sanders (I-Vt.), three other presidential candidates, all voted against the the legislation. Sen. Lindsey Graham (R-S.C.), a fourth GOP presidential candidate from the Senate, backed the bill. The votes tell the story folks and Rubio didn’t show up for the cliffhanger ending.

Well, as it turns out, Rubio apparently did nothing to slow down the bill, because Rubio didn’t even show up for the vote[4], and has missed more than half of the Senate’s votes since October.

Fellow Republican presidential candidate Rand Paul called for Marco Rubio to resign from his Senate seat if he isn’t interested in doing his job.

“It’s a trillion dollars in spending and I think earlier this week he talked about having some activity and then wasn’t here,” Paul told Politico [5]on Friday. “So yeah I think it’s important to show up to your job. I think that really he ought to resign or quit accepting his pay if he’s not going to come to work.”

Rand Paul is right here, if Rubio can’t be bothered to do his job, he should resign. This was a do or die vote. Instead of showing up for the $1.1 trillion budget bill vote, Rubio was busy selling calendars on social media. He was absolutely shredded for it and he deserved it. Rubio tried to lie about Ted Cruz supporting Amnesty. He enlisted Fox News in a shameless hit on Cruz and now this. Well, Cruz walks the walk and Rubio is all talk. Sen. Cruz who voted against the bill had a very strong statement to make after the treasonous vote:

What we’ve seen in Congress today is profoundly disappointing. This spending bill does not honor the promises we made to the men and women who elected us. It funds Obamacare. It funds Planned Parenthood. It funds executive amnesty. It fails to protect our national security and stop Syrian refugees from coming to this country. It fails to do anything to stop the Iranian Nuclear Deal. And what does it do? It jacks up yet more low-skilled immigration, which will only drag down wages, kill American jobs, and hurt working men and women.

This bill is the big-government agenda of Democrats that effectively forfeits our massive Republican victories of 2014 and cements Obama’s priorities for nearly the full remainder of his term. This is the Washington Cartel in action, and it’s precisely why the American people from coast-to-coast are so volcanically frustrated.

It is indeed and Ted Cruz could not be more right here. This is why we’ve had enough and the two leaders for the Republican nomination are anti-establishment. 2016 can’t come soon enough. 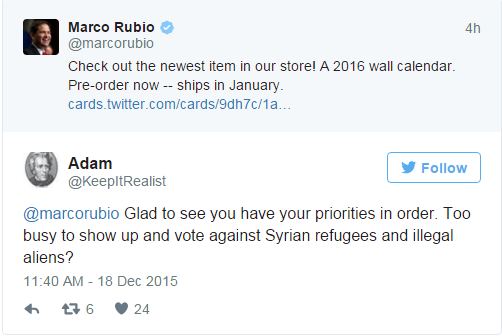 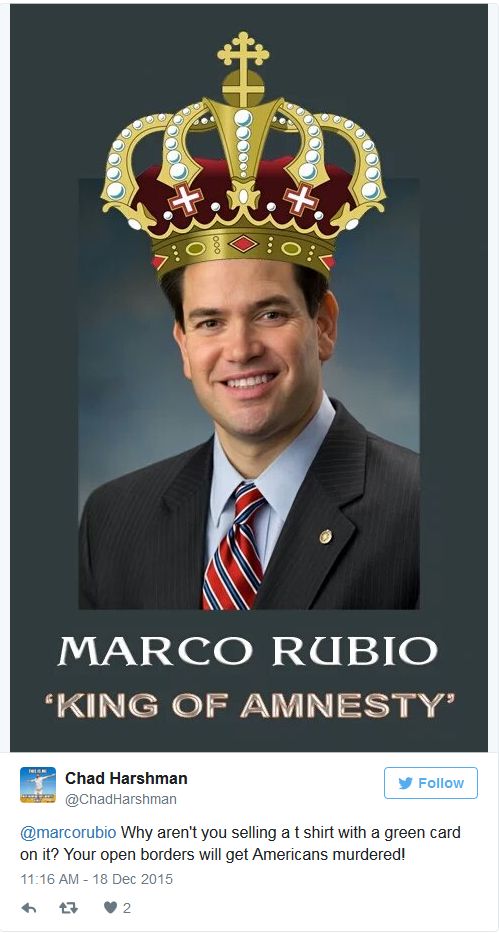 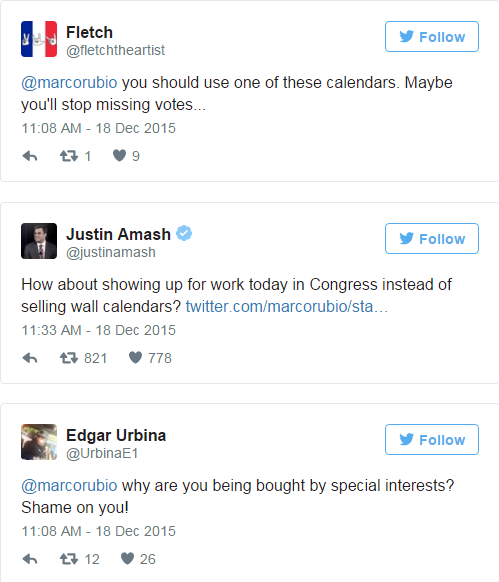 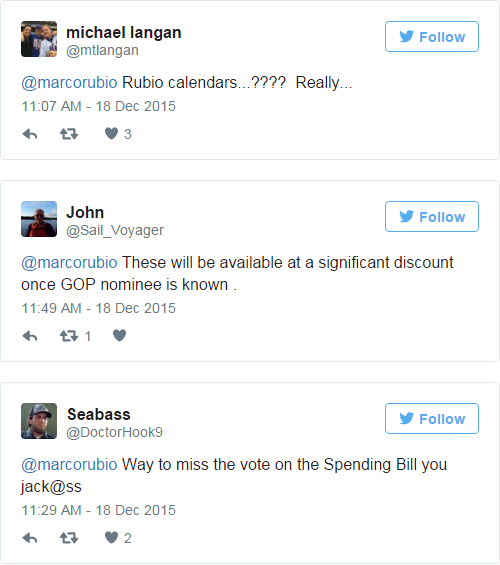