Marine Being Given a THIRD Trial for Killing an Iraqi in 2006, Pentagon Still Not Happy With Results

The US government has failed to “get” Marie Sgt. Lawrence Hutchins the way it wants to, so he’s been tried over and over agan. Now he goes on trial a THIRD time for killing an Iraqi in an effort to stop other Iraqis from setting roadside bombs that were killing his fellow soldiers back in 2006. 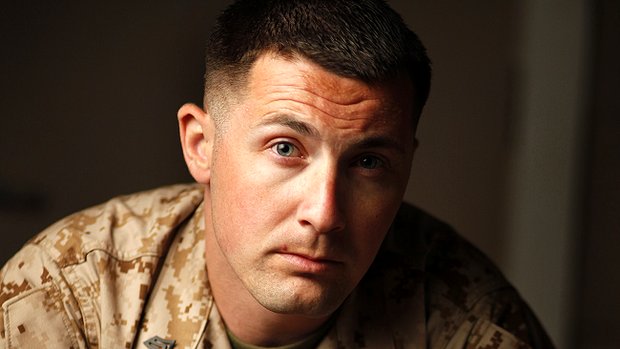 In 2007 Sgt. Hutchins was convicted[1] of the unpremeditated murder in the killing of a 52-year-old former Iraqi police officer in Hamandiya, west of Baghdad.

The Iraqi was killed in a fit of anger by Hutchins and seven other soldiers after yet another of their fellows was killed by a roadside bomb set by locals. The man was killed as a warning to others to stop killing Americans with cowardly booby traps.

But the government still hasn’t been satisfied in the punishments showered down on Sgt. Hutchins and continues to try and re-try him to get the outcome it wants.

Many complain that the Marines are trying this man over and over again to get a result that conforms to Obama’s political agenda but keeps failing to satisfy Obama so keeps going back to court to get what it wants.

Appeals courts twice have overturned Hutchins’ conviction: once on grounds that the NCIS illegally obtained a confession, once because his lawyer was allowed to retire on the eve of trial. The Marine Corps has opted for a retrial.

Hutchins has spent more than six years behind bars, first at the federal prison at Ft. Leavenworth, Kan., and then the brig at Miramar Marine Corps Air Station in San Diego. Since mid-2013, he has been free on appeal, restored to his rank of sergeant and assigned to Camp Pendleton, living with his wife and children.

…But Bing West, former Marine, former assistant secretary of Defense and author of books about combat Marines in Iraq and Afghanistan, said that, given the chaos facing Marine “grunts” during the Iraq war, a retrial is unwarranted.

“In a savage war, Sgt. Hutchins, mistakenly believing he was protecting his squad, killed an innocent Iraqi,” West said. “He has spent several years in the brig. Further punishment would be unjust. It is time to allow him and all of us to move on.”

What do you guys think? Has Sgt. Hutchins been punished enough. And is it right that Obama’s government keeps trying and re-trying him to get the outcome it wants?