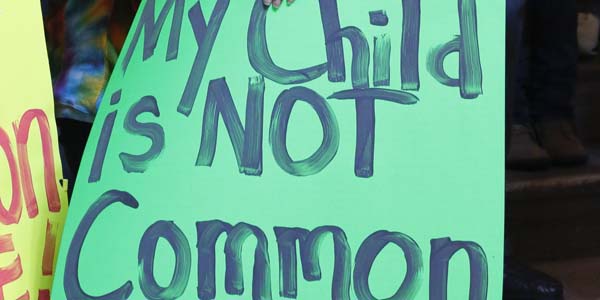 Critics say[1] the survey has no place in school and in many cases ask kids questions they neither understand nor are prepared to comprehend and answer.

These surveys are not shown to parents nor are parents alerted that their kids are being asked these extremely personal, probing and shocking questions.

A public hearing is taking place Wednesday morning in the Massachusetts State House to look into a controversial sex survey given to middle school and high school students.

Developed by the Centers for Disease Control and called the “Youth Risk Behavior Survey,” the survey asks students as young as 12 a series of very personal and highly ideological questions.

Whether or not they have carried a gun, smoked cigarettes, consumed alcohol and how much also appear on the questionnaire, as well as whether they have taken drugs, such as OxyContin, Percocet, and Vicodin. It asks how often their guardian uses a seat belt, if the youngster has a sexually transmitted disease, and where they sleep.

Liberals are pushing gay sex on our kids as hard as they can.