MAXINE WATERS Speaks For You: “American Public ‘Getting Weary’ That Trump Not Impeached Yet”

Maxine Waters is one of the most obnoxious women from the left and that’s saying quite a bit since there are MANY of them that carry that title. This woman says some of the most outrageous things and then pats herself on the back for it, because she thinks she sounds so smart. 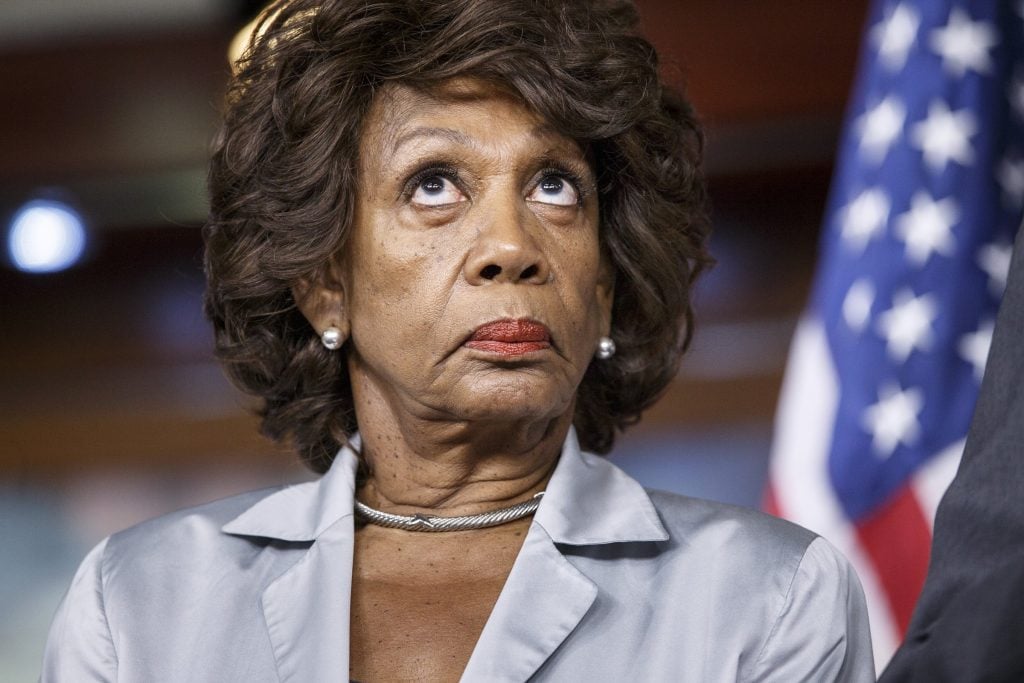 Truth be told, she is a total quack. Every time she goes off speaking about him, using all the nonsense words she tries to clump together to sound smart as if she knows what she is saying, it gets harder and harder to watch.

She has no idea what she is saying because it simply makes zero sense.

If you didn’t know that already, you are indeed about to find out[2].

On Sunday’s MSNBC’s “AM Joy,” Maxine Waters herself claimed loud and clear that we Americans are “getting weary” that Democrats have not done enough to get President Donald Trump out of the White House. In other words…impeached.

It is just like Maxine Waters to talk out of her butt on things she knows nothing about. The woman is a joke.

REID: Congresswoman, on the subject of being more aggressive, you have openly talked about the fact that this president has put himself in a position where impeachment is on the table but your party, the Democratic party is very reluctant, The New York Times has an article out last week about how hesitant Democratic leadership, in particular, are to call for Donald Trump’s impeachment. In closing, why do you suppose that is?

WATERS: I don’t know what the reticent is but I know this, that the American public is getting weary of all of these actions without enough being done by the elected officials who they elected to represent them. I believe that this man has done enough for us to determine that we can connect the dots, that we can get the facts that will lead to impeachment. I believe there was collusion. I think we have enough information about the meetings, the about the lying about those meetings to help us to understand that something was going on. There was an interaction there. And certainly I believe it was collusion, but if they just do their work and do their job, they will find out it was collusion. And I believe this president should be impeached. I don’t care what others say about ‘it’s too soon, we don’t know, we think.’ I think that they’re letting the American public down by not delving deeper into what is going on with Jared Kushner and this backchanneling, about the lies and his failure to disclose he had had these meetings, the same thing with sessions, failure to disclose about the meetings. What more do we need?

See what I mean? The woman is a NUT JOB! How people like her live like such snakes and get away with it is beyond me. All I know is that YOU Maxine Waters do not have my permission to speak for me. So lady…take a seat.