Maxine Waters Won’t Stop: Trump Is ‘Embarrassing All of Us Internationally’ [VIDEO]

My God[1], this woman is unhinged. There is something seriously and deeply wrong with Maxine Waters. She went on MSNBC yesterday and just simply couldn’t believe Republicans were defending President Trump. She also said that Trump was an international embarrassment. No, he isn’t… but not for lack of trying to make him one by moonbats such as Maxine Waters.

I think the investigation should be done by the special counsel, so that President Trump, Jared Kushner and Donald Trump Jr. can all be exonerated. When nothing untoward is found, then the media will have to back off the never-ending Trump/Russia meme and maybe something will get done for a change. Waters is hoping that dirt will be found. They’ve been looking now for ten months and they have found nothing substantive. They’ve found Russians sniffing around and trying to throw a wrench in things… but how is that different from what they have been doing for decades? They are our enemy and should be treated as such, but President Trump is not the enemy and should be accorded the same courtesy as Barack Obama… and he was basically a communist and very tight with Russia himself. 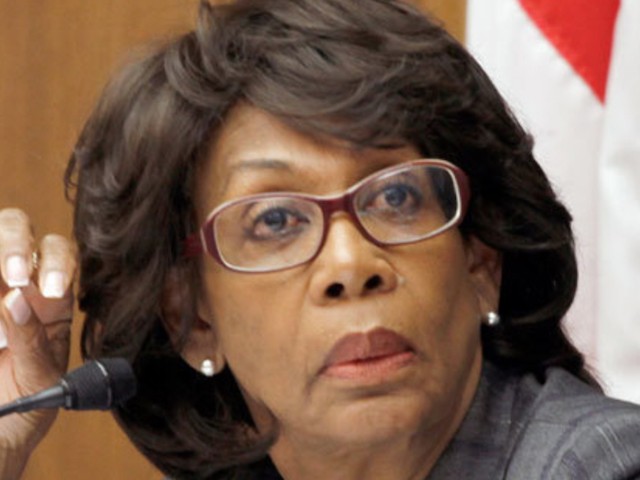 When asked if the Russian investigations result in no wrongdoing by Trump, Waters said, “Well, if the special counsel comes back with that kind of determination and if this country wants to continue with this president who’s embarrassing all of us internationally, who does not understand the relationship with our allies and how important it is and who will continue to have this Kremlin clan surrounding him all looking toward Putin and the Kremlin clan wanting to, you know, make sure that we lift these sanctions — if they want to have that kind of leadership if they want to have that kind of president, then America can do that. But I think that that’s not going to happen.”

Seriously, this is a Democrat who has devoted every waking minute now to impeaching President Trump. She’s doing it for political points and an agenda of some sort. The White House is not full of Russians. There is not some sort of cabal where Putin is secretly running the country from his FSB hangout in Moscow. Waters is ever more outrageous simply because she thinks it sells to her base. It’s delusional and what she is doing is hurting the country, not helping it.

Every time Waters opens her mouth, she embarrasses herself. Half the time she just rants and then she appears to be suffering from some sort of dementia. It’s hard to understand how anyone can go about living with all that hate pent up inside. But somehow, Waters does it every day. She has no idea what geopolitics entails, or what the delicate dance of diplomacy is used for. She has no room to talk on presidential matters, because she has no concept of what is involved. And to speak of corruption, that is something that Waters engages in and I guess, figures everyone else does as well. Her insistence on bringing down Trump is tiresome and unbalanced. The true embarrassment to this country comes from the radicals on the left. And they just keep on doubling down on it.