Michael Patrick Leahy detailed yet another twist[1] to Elizabeth “Faux-Cahontis” Warren’s tale of fake American Indian claims. Apparently in 1984 Warren supplied several “old family recipes” to the “Pow Wow Chow cookbook,” edited by her cousin. Turns out these “family recipes” where just lifted from various cookbooks and newspaper articles of the era. She appears to have plagiarized them. 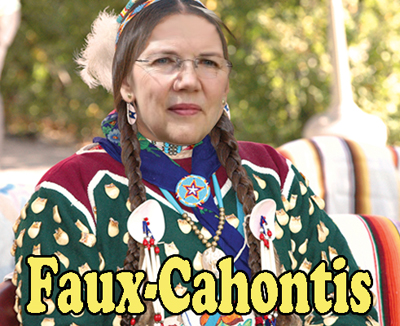 Will the media note that Warren plagiarized recipes from other cookbooks, claimed they were “family recipes,” and then signed them “Elizabeth Warren – Cherokee”? Probably not, but the Old Media went ga ga when they thought her opponent, Senator Scott Brown, plagiarized something.

For Warren’s part, Leahy notes that several of her “family recipes” were copied word-for-word from a New York Times News service piece published in 1979. Boston-based talk show host Howie Carr also found that several of her recipes appear to have been plagiarized. (Here[2], here[3], and here[4])

But recall the flap in October of 2011 when it was discovered that Brown’s website[5] seemed to have a passage about ideals he was raised with that mirrored a similar passage from ex-Senator Elizabeth Dole’s website.

The explanation from Brown’s office was that they took the infrastructure of Dole’s website and plugged into it their own info when they created Brown’s site but that the section in question was merely transferred without undergoing any rewrite. It was an error by staffers, not plagiarism per se, they said.

Still, the old media went wild to report Brown’s apparent plagiarism. To name just a few, The Atlantic[6] covered it, as did National Journal[7], the Associated Press[8] did, so did all the networks and cablers. Web-based reporters also pumped the story. There were stories from Yahoo News[9] and Huffington Post[10]. Naturally all the far left websites such as Firedoglake and Daily Kos gleefully reported the story, too.

Thus far, Warren has offered no explanations at all for her word-for-word lifting of other recipes for her cousin’s cookbook project. Not surprisingly, the Old Media is silent about Warren’s newest shenanigans. I guess charges of plagiarism from a well-connected liberal aren’t as interesting as a mistake on a website made by a Republican’s staffers.