A staffer for Michigan Congressman, Democrat John Conyers, was arrested for bringing a concealed gun into a federal courthouse in Detroit but faced little by way of sanction or punishment as a result. 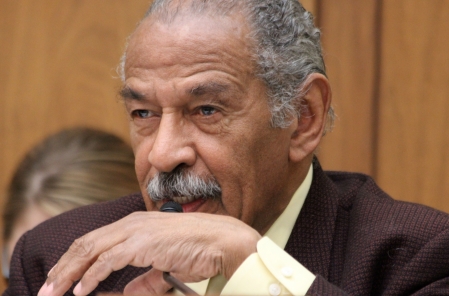 Rep. John Conyers’ office manager, Betty Petrenz, had the pistol in her purse as she entered the court building and told police that she simply forgot she had it in there.

She faced no prosecution and was given what one prosecutor called “a gift”[2] for a penalty. She received a ticket for having a gun on federal property and got what is called “pretrial diversion,” a sentence that involves neither jail time nor a fine. It merely requires the person to be on good behavior for a specified period of time after which the ticket is dismissed.

Tresa Baldas of the Detroit Free Press found that three other people who also accidentally brought their guns into the courthouse were treated a bit differently.

One, a clerk of the court, was fired for having her firearm in her purse. A law clerk for U.S. District Judge Avern Cohn agreed to resign his position to avoid further prosecution. A third, a real estate agent at the court for a divorce preceding, was actually prosecuted for the incident.

All four, including the Conyers staffer, had permits to carry.

Baldas’s report, it should be noted, reveals that all the members of the government or government related jobs avoided prosecution whereas the regular citizen immediately faced prosecution.

Naturally neither the Conyers staffer nor the Representative’s office issued a comment on the incident.