Good for Mike Pence.[1] There are millions of Americans now who, on a variety of issues, are getting ready to forcefully state, “I will not comply!” I see that my state of Oklahoma won’t lick the boots of the EPA either. That gives me a happy. What the EPA is doing will destroy the energy industry here in the US… skyrocketing prices to already hard-hit Americans and causing power shortages to a beleaguered nation. Indiana doesn’t stand alone as a state… they are joined by Oklahoma, Texas and believe it or not… Progressive Wisconsin, who has already made moves to not comply. There is a long list of other states, especially in coal country, that will not have any part of this insanity as well. Obama can stuff his Clean Power Plan and power his Marxism with it. 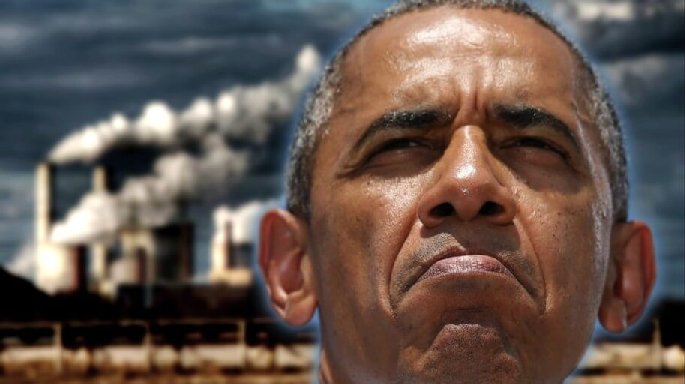 Indiana’s Republican Gov. Mike Pence — once considered a possible 2016 contender in the race for president — has told the current occupant of the White House to take his EPA rules and…well, shove off, so to speak. The Hoosier State, says Pence in a strongly worded letter to President Obama, is ready to ignore the administration’s tough new climate rules for coal-fired power plants.

The Hill[3] reports that the defiant governor — who is a former six-term congressman — didn’t mince words in his message to Obama about very aggressive rules set forth by the Environmental Protection Agency.

The Hill quotes from Gov. Pence’s letter to Obama:

“If your administration proceeds to finalize the Clean Power Plan, and the final rule has not demonstrably and significantly improved from the proposed rule, Indiana will not comply,” Pence wrote.

“I believe the Clean Power Plan as proposed is a vast overreach of federal power that exceeds the EPA’s proper legal authority and fails to strike the proper balance between the health of the environment and the health of the economy,” he continued.

Pence is not the only state leader to express deep reservations about the EPA crackdown on power plant emissions. Oklahoma Gov. Mary Fallin (R), according to The Hill article, has instructed her staff to ignore the regulation.

“Leaders in Texas and Wisconsin have voiced strong objections to the rule and expressed doubts that their states would comply,” but have reportedly stopped short of completely rejecting the EPA imperative.

“The rule is expected to significantly harm the coal industry, causing the shutdown of more than 20 percent of coal-fired power plants and greatly reducing the demand for coal,” says The Hill post.

The politics of power production, as National Journal[4] reports, is clearly at play in current gubernatorial campaigns, especially in Appalachian states where coal production is a big economic issue.

In Kentucky and West Virginia, says the National Journal article, Democrats vying for the governorships are having a tough time of it.

“Democratic candidates again are trying to position themselves as being pro-coal enough for voter support. And if these two candidates can’t inoculate themselves from connections to Obama’s—and the national Democratic Party’s—coal agenda, it’s difficult to see other Appalachian Democrats doing so anytime soon.”

Democrats in Appalachian states don’t stand a prayer of getting elected unless they take a strong stand on this against Obama and the EPA. The very lifeblood, the energy that powers our nation, depends on this and it is a line the leaders in these states will not cross. When you start enforcing cold and hunger on Americans, they are going to stand on their hind legs and attack. We are now beginning to see which leaders have a spine and which are jellyfish Progressives in disguise. Our power grids are already under heavy cyber threat and now Obama wants to shut off our lights and heat. Pence’s threat isn’t so much a threat as a statement of non-compliance. One of many, many more to follow.