In an act that seems more Chicago than Wisconsin, Democrat poll workers at a Milwaukee, Wisconsin polling place have been caught giving Democrat voters a special parking space closest to the entrance of the voting area. 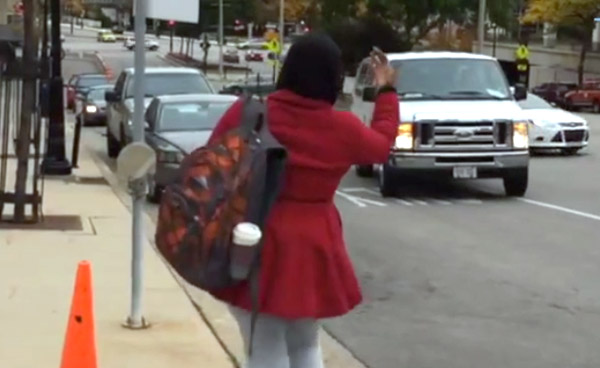 Media Trackers, a government watchdog group in Wisconsin, went to this polling place and discovered that Milwaukee election officials had blocked off a section of the street curb and were using it for the vans they sent around to pick up Democrats so that voters could be let out right in front of the polling place.

The MT folks asked what that was all about and were told that anyone could park there as long as they went in and voted then came right back out.

So, MT made signs that said “Voters Park Here” and let just anyone park there. It wasn’t long before another election official came running out to stop them saying only their special Democrat vans were allowed to use the parking section.

So, special Democrat parking spaces are now the norm in Milwaukee, apparently.