A fireman in Minnesota has been suspended from his job for affixing a Confederate flag to the back of a fire truck during the city’s Independence Day parade. 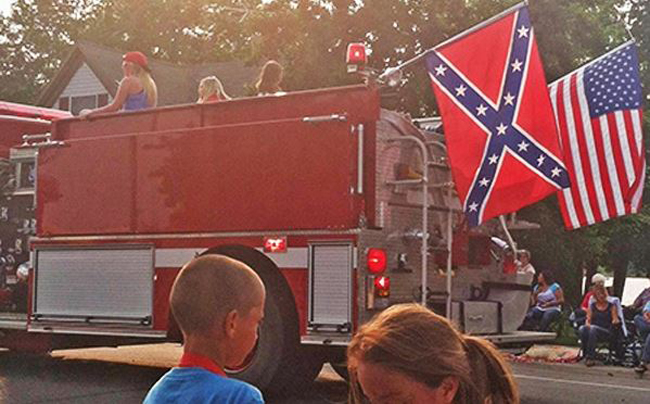 Brian Nielsen, a volunteer firefighter in the town of Hartland, added a Confederate flag to the back of his fire truck and flew it during the city’s parade this year. But his bosses weren’t happy[1] at all.

He said he was demonstrating against political correctness when he flew the flag at Friday’s parade in Albert Lea. But as Nina Moini reports, he got a stronger reaction than he ever expected.

…Many people in this city of 300 told WCCO they support Nielsen, a volunteer fireman for the last 10 years in a city that has only 18. Some parade watchers were offended.

The city suspended him after hundreds of people saw an image on social media that’s always stirred up mixed emotions.