MO Board of Ed Member: the Civil War Ended States and Parents Control of Education

A member of the Missouri State Board of Education had an interesting lesson for parents at a recent meeting. He said that parents should not expect to have any control over their kids’ education because the Civil War ended state sovereignty and created a single, gigantic, nationalized government. 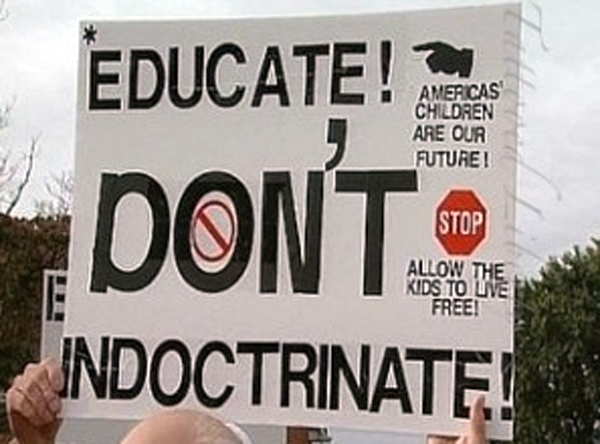 This guy is a member of the board of education and doesn’t know the history of the founding, the civil war, or our civic system, apparently.

Board VP Michael W. Jones told parents[1] that education should be handled by the feds and that there should be no local, state control–something that is 100% against our true national character and our current system of government.

Michael W. Jones: I would argue that the war of northern aggression settled the issue about whether you are 50 different states or one national government. The fact that we have got a federalized system of government is totally different than the issue of 50 sovereign states. So, that got resolved in 1864. So, my question is, given the fact (inaudible) how do you create in an inclusive way, generally speaking, how do you create an educational system that assures that all children, no matter where they come from, have the ability to know what they need to know to be productive human beings for the 21st Century.

Parent: That is where you and I would completely disagree. Sounds like you are more of a globalist and I am more of a localist. I think education should come from the local level.

Apparently, this dolt isn’t aware we are a republic and not a nationalized democracy.What sort of “education” did Martin get?

Now, it is true that many accuse Lincoln of having ended state sovereignty and ending our state-centric national system. It is also true that as the years mounted after the war state sovereignty has been trampled by the steady onslaught of growing federal power.

So, in the end, this education board member really doesn’t seem to have a clue what he’s talking about.

And yet, he is in a position of power over the education in Missouri! This is an intolerable state of affairs for Missouri. These kind of statists need to be eliminated from government and not just in Missouri, either.