For a while, it seemed that Democrats were insistent on making Chelsea Clinton the next anointed one of their party. But blowback from within the party seems to have already crippled those plans. Now, they’re looking to another young adult with famous political lineage[1]. 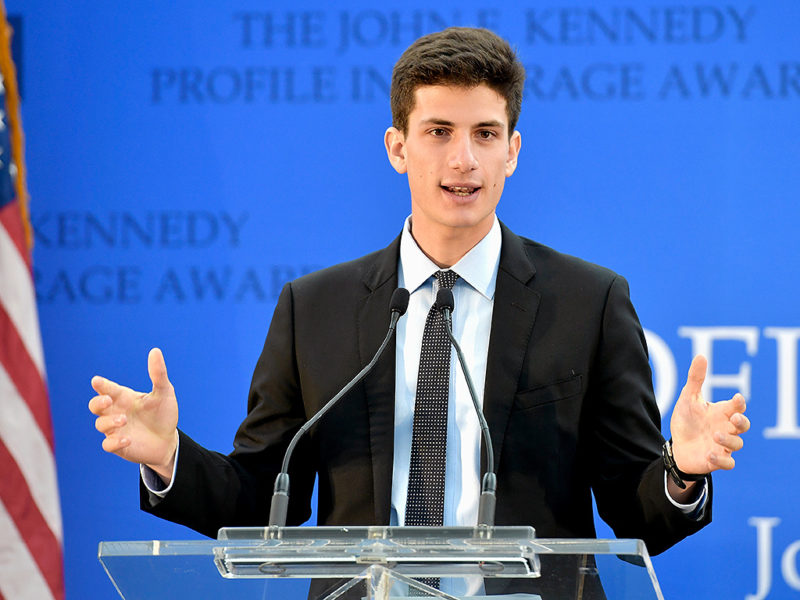 Jack Schlossberg is the only grandson of John F. Kennedy. The 24 year-old is the son of Caroline Kennedy, the only surviving child of John and Jacqueline Kennedy. He made his first ever television appearance on Friday, speaking on the “Today” show with his mother about Barack Obama receiving the JFK Library’s Profiles in Courage award. He said that he was “inspired by Obama’s vision for America and all the promises he laid out for our country.”

Schlossberg just graduated from Yale University and is set to attend Harvard Law School next. He was also a member of the committee that voted to give Obama the prestigious award for his work on the Affordable Care Act.

“This award recognizes that he made tough choices over the last eight years to execute on a vision for America, to give people health care, to get serious about climate change, and to reach out to international partners and really improve America’s standing in the world,” he said. “That takes political courage.”

Schlossberg’s mother, Caroline Kennedy, was named ambassador to Japan by Barack Obama and only recently returned to the United States. Speculation is rampant that she will now run for public office, including possibly challenging Kirsten Gillibrand for her senate seat in 2018. And Friday’s interview had Matt Lauer and Savannah Guthrie also making sure to bring up a political future for Schlossberg himself, asking if he planned to go into the “family business.”

“I’m inspired by my family’s legacy of public service,” he responded. “It’s something I’m very proud of. Stay tuned. I don’t know what I’m going to do.”

In John Hawkins’ new book, ‘101 Things All Young Adults Should Know’, he teaches in number 70 of the book that when it comes to life, your attitude should be, “If I didn’t earn it, I don’t deserve it.”

Schlossberg hasn’t earned anything and really, neither has his mother. Being a member of the Kennedy family should not automatically grant one a career in politics.