Despite constantly ragging that “the rich” don’t pay “their fair share” of taxes in the USA today, MSNBC hatemonger Melissa Harris-Perry has been slapped with a $70,000 lien for non-payment of her own taxes. 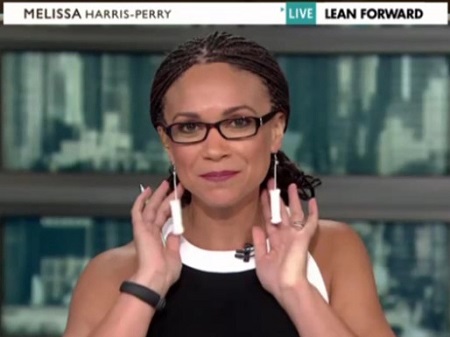 According to the IRS, although she likely makes a substantial living anchoring a weekend MSNBC show and as a professor at Wake Forest University, the left-wing Melissa Harris-Perry does not pay her taxes. The Internal Revenue Service just placed a $70,000 tax lien against Harris-Perry.

But only a few days before news of her refusal to pay her taxes broke, Harris-Perry was telling her fans on Twitter how she would pay her taxes “with a smile.”

Liberal pundit tweets about being happy 2 pay taxes while she has a tax LEIN for $70,000 against her. So typical. pic.twitter.com/v1TrDn3fA5[2]