Race baiter Toure Neblett of MSNBC has a message for all you comedians and comedy movie makers out there: comedy isn’t funny unless it is only making fun of white men. 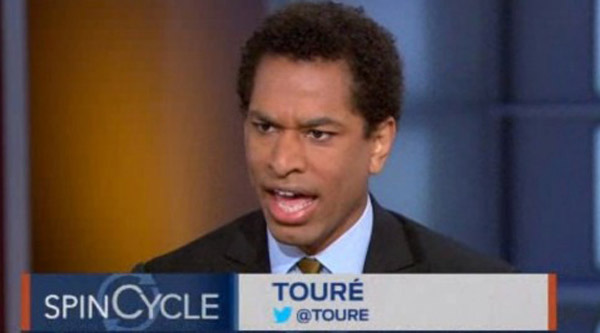 He made his ill-informed comments in a discussion of the native American actors who walked off the set of a new Adam Sandler comedy western film being shot.

Listen to this convoluted logic…

This idiot doesn’t have a clue what comedy is. In FACT the whole of our comedy entertainment landscape was started by Jews (traditionally oppressed people) making fun of themselves. That was pretty much the whole scheme of Vaudeville and early movies.

The fact is, comedy is making fun of people of all stripes. No one should be beyond a comedic jab or two. But liberals have no sense of humor, so, there you have it.

Toure is a moron.