Showing that murder isn’t *just* for Muslim terrorists, a group of Muslim migrants trying to escape Nigeria in a boat headed to Italy threw 12 Christian migrants into the sea to drown simply because they refused to pray to Allah. 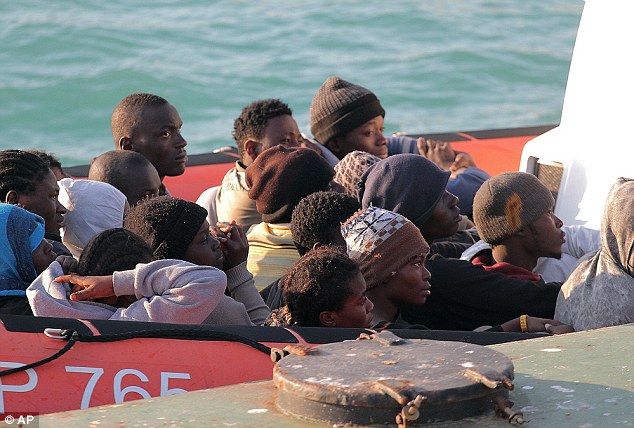 This is Islam, folks. Many westerners like to pretend that Islamic terror is only something that terrorists perpetrate and that “normal” Muslims don’t act like this. Well, this story[1] makes the lie to that claim.

When a rubber dinghy carrying around 100 African refugees across the Mediterranean began to sink, a Nigerian Christian prayed for his life in an innocent act that would end in the deaths of 12 fellow migrants.

One of the Muslims on board the rickety craft ordered him to stop, saying: ‘Here, we only pray to Allah.’

When he refused, a violent fight ensued and 12 Christians drowned when they were thrown overboard by the Muslim refugees.

The tragic news comes amid reports that an unprecedented 10,000 refugees fleeing war and persecution in Africa have been rescued by Italian ships in the past week.

Italy should deny entry to EVERY one of these murderers.