And more voter fraud festivities in North Carolina… Nothing to see here folks, just the NAACP ginning up confusion and anger during an election in order to create more chaos that would play out in the Progressive’s favor. More DOJ shenanigans beating the drum, crying discrimination while creating deeper and deeper racial and class rifts. Time to play voter fraud and manipulation games with no less than our nation, freedoms and way of life at stake, with Marxists holding what they believe is the winning hand. This goes beyond shady into the darkest of heart of political corruption[1]. 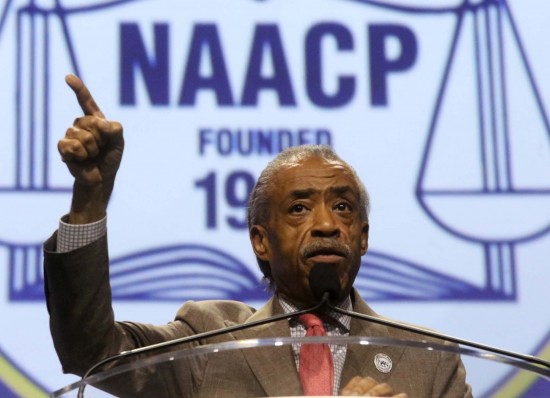 According to a letter from a lawyer for the State of North Carolina to the National Association for the Advancement of Colored People (NAACP), a speaker at a recent NAACP conference in North Carolina urged audience members to mislead the NAACP’s own members into believing they do not need to register to vote in advance, or that they do not need to vote at their assigned polling place. Why? The letter alleges: To create confusion and animosity during the upcoming mid-term elections in North Carolina, and to use the evidence of that confusion in the ongoing litigation between Eric Holder’s Justice Department and North Carolina and to show that North Carolina’s election integrity laws are discriminatory. From the letter:

It is also our understanding that during the [NAACP conference], Rev. Barber urged those in attendance to take unregistered voters to vote during the Early Voting period and to engage in get-out-the vote activities that included transporting registered voters to vote in precincts in which they are not assigned to vote on Election Day, or words to that effect. The stated purpose for these activities, as I understand it, was to gather evidence for and thereby enhance plaintiffs prospects of success in the litigation involving [North Carolina’s Election Integrity Laws].

Judicial Watch has been actively involved in this sprawling North Carolina election litigation for the past two years. Judicial Watch has filed two amicus briefs in this case, one in 2013 and one in 2014, supporting North Carolina and election integrity. On both occasions, we were joined in our brief by our partner the Allied Educational Foundation and by local political activist Christina Merrill. We also gave oral arguments and submitted an expert witness report to the trial court explaining that no one is harmed by these election integrity laws, but rather, these laws prevent fraud and ensure all Americans are confident that election results are fair and honest.

The NAACP should be ashamed of themselves and anyone pushing this agenda that calls himself a Reverend is an ill-conceived joke. Election and voting integrity is of the utmost importance in North Carolina and across the nation. North Carolina – you have enemies within your borders.